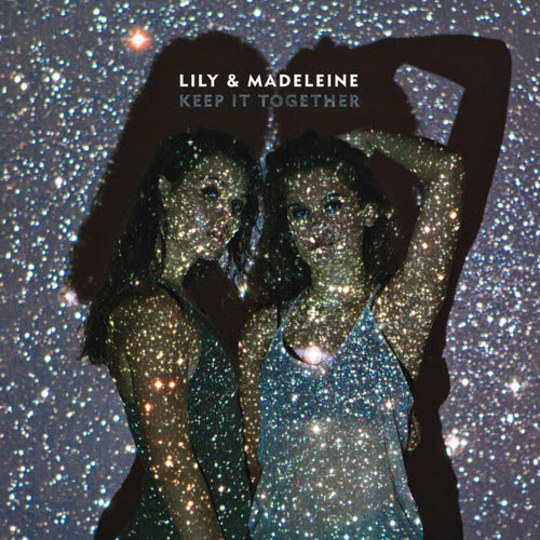 Sometimes when writing reviews, it's best to get the most important bit out of the way early. Some people read reviews forensically, looking for details, nuances, a sense of the record as a whole. Hopefully that'll come in the next few paragraphs. Other people look for a witty angle taken by the reviewer around which the piece is structured. This isn't one of those. In my experience a larger group of people scroll to the bottom first (if the review be situated on a website) and check the score before deciding whether to read further. Anything higher than a 7 or lower than a 3 is worth your time in such situations. So, as I said, let's get this out of the way early.

It's a 9 out of 10 record primarily because every time I've ever given a 10 (which I would on this occasion) it has been edited down.

Yes, it is that good.

Keep It Together is the third album from Lily & Madeleine, released on the always-spectacular New West Records. Despite lyrical claims to the contrary (“I'm scared as hell”, 'For the Weak' claims) it is a confident and composed statement of incredible depth and poise. 'Not Gonna's lazy funk starts things off, furnishing us with the first of a great many choruses that burrow their eye in to your head in spite of not having been invited to, never to leave again. 'Westfield' is one of the best pop songs you'll hear all year, albeit from a perhaps unexpected source. It's verse chord progression is a thing of immense beauty. By the time we reach 'Chicago', “windy city lights are all I see tonight and I'm blinded”. We've been carried in to a world in which Lily and Madeleine along with their versatile bandmates, have managed to open the window on what it means to step falteringly in to adulthood. At the same time, though, they have done so with such aplomb, such gravitas and such grace that you feel entirely comfortable that they've known exactly what they were doing all along.

'Hotel Pool' with its mournful piano and skittering percussion, progresses serenely to a chorus carried on ethereal guitar atmospherics and some lusciously reverbed vocals. As the song develops, it feels more and more like the sort of song Daughter receive plaudits for. At other times, such as on 'Midwest Kid' it feels as if Lily and Madeleine are making a similar progression as that undertaken recently by The Staves. Their pinpoint, instinctive vocal harmonies are married to an ever-more inventive musical palette. Because, most of all, each song here, all ten of them, is fantastically written, beautifully constructed, but always steering well clear of the tiredly formulaic conventions of country and folk-tinged pop writing. Each track contains a melodic or harmonic flourish, a synth layer, a moment of unexpected aggression or vulnerability which shows that, at the same time as delivering a potentially career-defining album, there is the exciting potential of so much further that Lily and Madeleine could go.

The sky truly can be the limit for them.