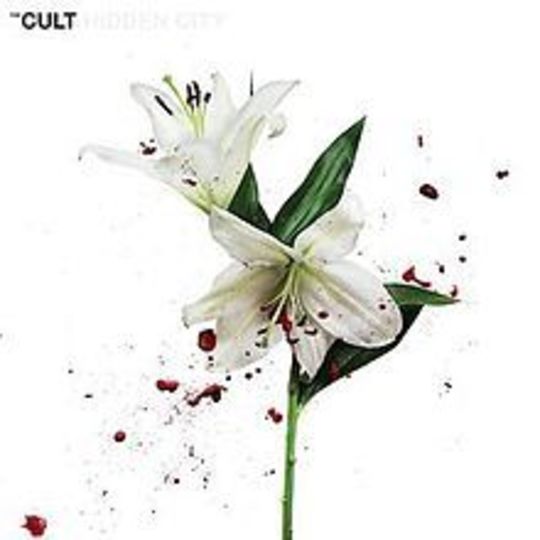 As the market for nostalgia shows no sign of abating any time soon, The Cult could be forgiven for throwing their lot in with the rest of their peers. After all, if you can't beat 'em, join 'em, right? Well no, not exactly. See, despite being active on and off for the best part of 33 years, their creative flame still burns brightly if tenth studio album Hidden City is anything to go by.

While the debate rages on between fans both old and new over which era was their most productive and rewarding, it's fair to say the current incarnation of the band has proved itself to be as good (and some would say better) as any of those from the halcyon period of the Eighties and Nineties. Which for a band that's seen over 30 members pass through its ranks, isn't bad going.

Although cited as the final part of a trilogy heralding the rebirth of the band in 2005 that saw 2007's Born Into This and its follow-up five years later Choice Of Weapon announce their tumultuous return in style. Hidden City goes one step further than its predecessors. Ian Astbury's vocal hasn't sounded this rich in nearly two decades, while the unmistakeable presence of Billy Duffy on guitar adds a resoundingly graceful quality to proceedings. With drummer John Tempesta - now the longest serving behind the kit to grace the band - and Jane's Addiction bass player Chris Chaney providing the back beat (new full-time bassist Grant Fitzpatrick didn't play on the album), those suggestions about this being the strongest line-up of The Cult aren't far off the mark.

With the lyrical content both personal and political, Hidden City pulls no punches from the off. While Tempesta's drum intro bares a slight resemblance to the one on 'Big Neon Glitter' off 1985's Love, it's Duffy's driving guitar coupled with Astbury's pristine vocal - "There's no revolution in a dream" - he declares at one point that announces the album's arrival intently.

And the sentiment doesn't end there. "Love turns to hate when your heart loses faith" insists the outspoken frontman on the more refined 'No Love Lost' while 'Birds Of Paradise' revisits the band's post-punk roots, Astbury surmising "As you are I once was and will be again." With esteemed producer Bob Rock at the controls and a batch of songs that rank among their finest, Hidden City works impeccably for the most part.

Perhaps the main criticism that can be levelled at Hidden City is at 12 songs stretching towards the hour mark, it maybe could have been improved by reducing a couple of tracks from its number. That's not to say it outstays its welcome. It doesn't as such but sometimes quality overrules quantity and the less is more rule could definitely have been applied here.

Elsewhere, the poignant events of November 13th in Paris are covered quite intelligently by the strings-laden 'Deeply Ordered Chaos'. Meanwhile, 'G O A T' rolls back the years to a time when The Cult went all Electric, Duffy's insistent Zeppelin-esque riff that punctuates the song's core not too dissimilar to the one on 1987's 'Lil' Devil'.

Sometimes there's a feeling of business as usual - both 'Heathens' and 'Avalanche Of Light' fall into that category - but then when your legacy is as distinguished as The Cult's, such a trait should not be scoffed at. More importantly, Hidden City slides succinctly into the upper echelons of the band's impressive canon, and that is no mean feat.

No More Lamps in the Morning