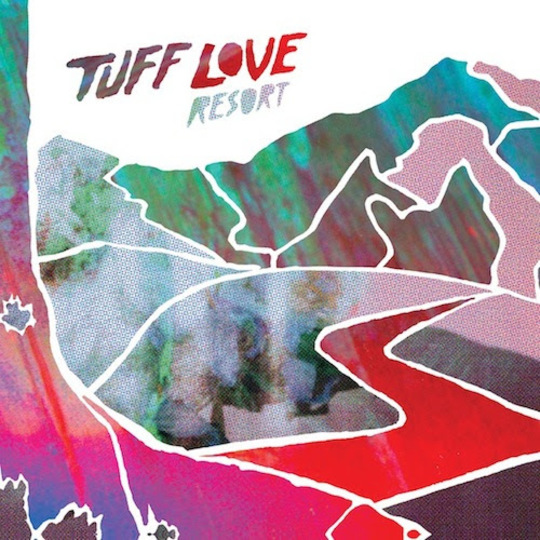 Early years compilation albums have always tickled my curiosity. The thought process is comprehendible; to consolidate those burgeoning EP years into one land close the door to a piece of personal history, hopefully for something as illustrious and exciting as the formative process. However, isn’t it really just another way to clutch precariously to something that’s already happened? If we learnt anything from Bowie (I apologise infinitely for what must be the latest in a seemingly inexhaustible list of references across cyberspace) it’s that to achieve a deified position in popular culture you have to move on. You have to grow and adapt. So, is the decision to consolidate all your old and existing material into one much more manageable album wise when the option of creating something new is always right within reach?

Glaswegian duo Tuff Love have been dancing on the moist lips of tastemakers intermittently since the release of their debut EP Junk back in May 2014. For all that preamble, I don’t necessarily believe that making their debut album a compilation is damnable. It’s just a shame that we haven’t been given the opportunity to hear something new from a band with a talent that is undeniable.

Suse Bear and Julie Eisenstein’s creation is one of sedate, rumbling grunge with a shoegaze bent. They administer coarse, churning rhythm and dainty melody in equal measure, channelling a sense of rage and sorrow that is truly inspired. ‘Sweet Discontent’ and ‘Flamingo’ are blissfully rambunctious guitar-pop anthems, hazed by lo-fi recording and the signature listlessness of Julie Eisenstein’s vocals. ‘Penguin’ is far more morose and thoughtful, with indications of a lyrical maturity far beyond their comparative age: “Don’t try to rock me to sleep now, I refuse to be torn from everything in this life I just learn how to be cold, how to breathe and how to live, how to die and be reborn.” But for all the succulent guitars and cogitative song writing, the long-playing format doesn’t lend itself well to this particular set of songs. On the one hand, it does distinguish a subtle progression that is immediately clear when you listen to the first song and last song back to back – ‘Carbon’, the final track, is without a doubt the clearest indication that Tuff Love has something potentially spectacular to offer. On the other hand, the songs bleed into each other in a way that they don’t when split into three five-track EPs. Fifteen songs is a lot to swallow at once when they were not made specifically to be listened to together.

The band is still honing a sound that can be called their own and that process historically can create music that is slightly repetitive. All three EPs - Junk, Dross and Dregs – featured in Resort hold their own standing alone – but when they are collated together it does have a feeling of doing it for the sake of it. Especially when no tightening or reshuffling has taken place; the tracklisting comes in exactly the same order as it did before. For me, a process of cutting may have been useful – but then that poses the problem of it not really being an accumulative compilation of their past material, or an LP of new music. Letting the tracks linger as they were originally brought out may have been more effective; distance makes the heart grow fonder and Tuff Love are an exciting prospect with a developing fan base. For me, cobbling together three EPs retrospectively into a long-play release has somewhat shattered the fourth wall, unwound a spell and broken the illusion.