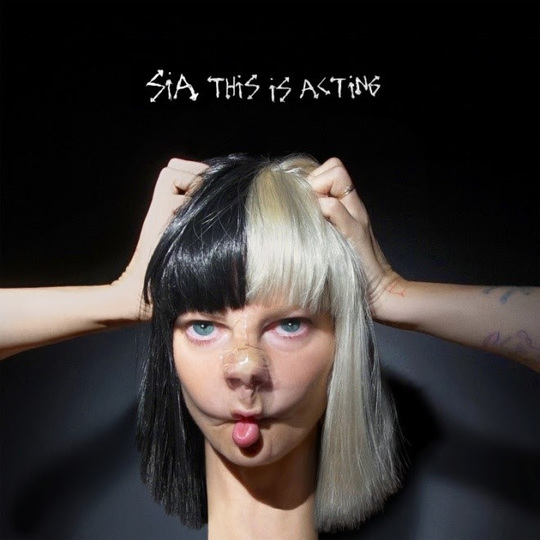 Today, I finished my review of Sia’s seventh studio album This is Acting drawing the conclusion that the record suffered from a lack of distinct identity and that at times I felt like I could have been listening to any number of people, not specifically Sia. This, I said, was the record’s great weakness. In some spectacularly shoddy journalism I had managed to miss that this was kind of the point; a quick Google search before sending the review off rescued me. This is Acting, in case like me you managed to miss it, is a record of songs which Sia had originally written for other artists, such as Rihanna and Adele. Deliberate or not however, the problem still remains — a lack of identity, whether affected or genuine, does not bode well for the creation of a memorable album. Where 1000 Forms of Fear was a landmark in contemporary pop music, full of belters shimmering in the dark, This is Acting feels like flicking through the radio and hearing songs that are nice enough but a bit forgettable.

There are some caveats to that of course, such as the bouncy, catchy single ‘Reaper’, which Sia wrote with Kanye West, and the piano-driven opener ‘Bird Set Free’. In ‘Reaper’ Sia belts out a chorus on the subject of cheating death: “You came to take me away/So close I was to heaven’s gate/But no baby no baby not today”. Cheesy maybe, but it’s one of those tracks where her vocals crack in all the right places, giving the listener some serious chills. It’s set to inspire many a tuneless imitation down the karaoke bar if it hasn’t already. ‘Bird Set Free’ is Sia’s answer to ‘Survivor’, albeit less banging and more atmospheric. These are the moments when I feel like I’m warming to This is Acting, moments that are distinct, that stand out. Unfortunately these sentiments are not true of the whole album. ‘Broken Glass’ is a song I could imagine hearing were I to walk into a room showing the X Factor. Sure, it would be a good contestant, one with a great voice, but it’s not music that excites. Likewise ‘Move Your Body’, one of the few very up-tempo tracks on This is Acting, is a respectable enough dance floor stomper, but nothing that hasn’t been done better by Shakira or even Lady Gaga when on form.

Final track ‘The Space Between’ is a mournful, stark, swan song concerned with the exhausting stalemate of a doomed relationship: “Feel the void in our bed/The space between is deafening”. Sounds great on paper, but it never quite hits home on any deep emotional level, which songs such as this really need to in order to be effective.

This is Acting has some good tracks on it and is obviously written by a very talented songwriter, it’s just not an album that demands excitement from its listeners. I want my music to sound fresh and distinct one way or another. Sia might be trying on new identities with these tracks but if that’s the case, I wish I felt more convinced by them.