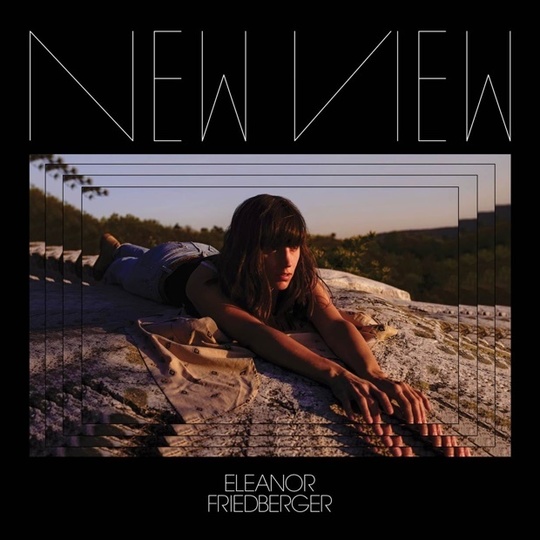 Moving on from the mighty Merge Records for her third solo record, former Fiery Furnace Eleanor Friedberger has edged a further step away from her quirk-pop indie roots and taken the opportunity to luxuriate in some warming, if familiar feeling classic rock.

While Friedberger’s first and finest album Last Summer was a wild, untethered kaleidoscope of interpersonal colour sourced from her experiences in New York City that echoed the grinning, intelligent alt-charm of Ted Leo while harnessing a soulful, bruised sexuality worthy of Van Etten, her follow-up, the wonderfully titled Personal Record was a less focused, more obtuse collection that seemed to drift along in its own summer haze of fuzzing guitar and stoned smiles while still managing to deliver some of the delicious tunes we’d come to expect.

For New View we’re firmly cast backward to the Seventies – be it Freidberger ‘Knockin’ On Heaven’s Door’ with THAT chord structure on opener ‘He Didn’t Mention’ or the slow-roaring Neil Youngisms of ‘Open Season’ this is a record with an eye on the hippie vibes of the predominant singer-songwriters of the time.

That’s not to say there isn’t plenty of interest on offer here with the sweet, instantly imbedded organ refrain of ‘Your Word’ where Friedberger conjures a “seven-storey cactus made of gold” or ‘Cathy With The Curly Hair’ which calls back to the highs of her previous work, a soft, sensual shuffle that offers the chance to “catch a fox just to walk me home”.

“Sweet girl with a broken heart / Stop crying so I won’t start” runs the relentless but charmed mantra of ‘Sweetest Girl’ which lines you up for more of the slight, dreamy rock that typifies the record but ends up offering a Sleater Kinney-like rumble and clatter that brings a smile to your face and a beat to your heart.

‘All Known Things’ invites us on a dreamlike “walk along the ruins” accompanied by memorable, instantly gratifying rise n’ fall instrumentation that gives further credence to the idea that this is a record about travel, movement and of moving on – even if that is often a shift towards the past rather than a look to the future.

If the music can appear conservative on first listen, Friedberger’s voice remains a unique mode of expression – joyous, reserved, high, low, controlled and wild all at once and her lyrics remain enchanting, this time around seeming to lock in to ideas of movement, change and travel with ‘Open Season’ and it’s double-smart lines “Is it freezing over there?...I may be over in the Spring / To do a little Spring cleaning”. There’s the light, angle-jazz of ‘Because I Asked You’ that ponders “Jump with me off the roof / Why would you wanna do that?” before responding with the words of the title.

On the finest moment of the record, the none-more-trad-titled ‘Never Is A Long Time’, Friedberger goes folk and gives us the saddest shift of the record – “The hour is almost over / The day is turning on a dime / I’ll never roll with you in clover / and never is a long, long time”. Change can hurt, of course, and acknowledging it can be unbearably sad. Friedberger tackles it with stoicism and appreciable grace.

Lastly on ‘A Long Walk’ (these titles kinda speak for themselves) we have the dismissive “I’m through with the seasons /I’m done with the sun” paired with the delicious “I forgot how to cross the road / But the drivers still know how to break” on a song that draws parallels between delightful meanderings into the unknown and the act of committing to, or perhaps finally exiting, a relationship. The extended wig-outro makes Seventies sense here as we reach the album’s climax.

While New View may be musically somewhat muted, sonically a touch predictable and backward-looking, Friedberger still crafts utterly charming songs with brilliantly observed moments and a real sense of life’s great adventure. This album of movement, of breaking and rebuilding, of evolving and accepting, details Friedberger’s recent journeys in an intriguing and often delightful way; let’s hope that the ultimate destination fulfils the promises made here.