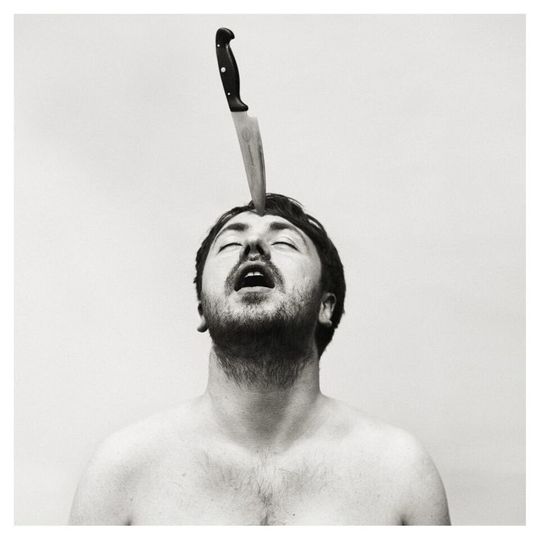 Having introduced themselves three years ago with one of the finest debuts of the decade in the shape of The Shadow of Heaven, it's perhaps understandable that Money decided to retreat from the spotlight in its wake. Indeed that record took five years to complete, so any expectation that the follow-up would be rush-released - or even happen at all - was a pipe dream at the very least.

The ensuing years have brought about several changes within the Money camp. The quartet responsible for The Shadow of Heaven became a three-piece, while singer and lyricist Jamie Lee relocated to London, leaving fellow bandmates Charlie Cocksedge and Will Byrom behind in Manchester. Over the following months what can only be described as a fraught writing process saw the band to-and-fro between Manchester and London, constantly at odds over the musical direction that differing members saw the new songs taking. Eventually basing themselves at Iguana Studios in Brixton for three months at the bequest of producer Charlie Andrew, best known for his work on Alt J's debut An Awesome Wave. No one could have predicted from the outset that those three months would end up being their most productive to date. Yet on awkwardly intense and desperately uneasy follow-up Suicide Songs, they've somehow managed to create an artefact of beauty out of what have must been a desolate time for all concerned.

Not least frontman Lee, whose face adorns the album cover, complete with a kitchen knife stuck mercilessly into his forehead. In the press release, Lee talks of 'an unworldly attitude to life' and 'sacrificial nature' when discussing the songwriting for Suicide Songs. That its closest ally in terms of lyrical reference at least is possibly The Holy Bible by Manic Street Preachers speaks volumes. While Lee insists the record isn't necessarily autobiographical, there's an underlying sense of despair on each of its nine songs – possibly even more so due to the sparse arrangements that push Lee's voice to the forefront and therefore ensure the realisation hits home that Suicide Songs is no easy ride.

As with its predecessor, Suicide Songs starts off atmospherically, albeit in a more experimental fashion. Indian strings rub shoulders with ebullient bursts of guitar as Lee declares, "You are not the same as me, high up there in the clouds." It's possibly the closest song here in structure to anything off The Shadow of Heaven, and while exquisitely executed, is also deceptive in its seemingly unabated positivity.

Celtic-style arrangements engulf the majority of Suicide Songs, which shouldn't come as a surprise to anyone whose seen Money live: Lee's a capella cover of The Pogues' 'A Pair of Brown Eyes' was a regular feature in their set towards the latter half of 2013. Here, 'I'm Not Here' draws inspiration from said sources, its sentiment made more haughty by Lee's insistent plea, "I think I've earned the right to say I'm not here." Yet amidst the desperation of such a sad lament, there's clearly a new found confidence in the way Lee, Cocksedge and Byrom manage to articulate such despondency through largely upbeat, if mostly acoustic arrangements.

Inspired and written for a friend who was in a bad place at the time, the title track sits uncomfortably at the central point of the record. Although only two minutes long, it's a harrowing tale summed up by in the first fifteen seconds when Lee apologetically cries "I've a silent need to turn light into dark." Bleak yet never self-pitying, it encapsulates everything that's surreptitiously beautiful about Suicide Songs, albeit doused in melancholy and instability into an ephemeral paean.

From here on in, the record doesn't become any easier. "Please don't forsake me for someone I am not" insists Lee on 'Hopeless World' over a shimmering acoustic melody intersected by a poignant horn segment. While the Dylan-esque 'I'll Be The Night' opens with the caustic statement, "No one owes you any favours". Again set to an uncomplicated musical backdrop. And one which ensures the lyrics cannot become diluted. Lee adds, "I pray for your children, that their wishes be understood, by their masters and their minds, and not buried in a flood, by others dreams and others schemes."


If 'I'll Be The Night' provides solace, 'All My Life' asks for forgiveness. "Darling I'm ashamed of what I've done" pleads Lee, his voice breaking under the weight of such sadness. Closer 'A Cocaine Christmas And An Alcoholic’s New Year' updates The Pogues 'Fairytale Of New York'. Accompanied by nothing more than a haunting piano melody, Lee's voice is tinged with reflection and regret as he bellows "I was happy as a child." Cathartic yet captivating. Bringing Suicide Songs to its mournful finale, one can only imagine what its creators were going through when putting this record together. Nevertheless, despite its impending theme of hopelessness, Suicide Songs delivers on every level – not least of which is highlighting Jamie Lee as one of the finest wordsmiths of his generation.