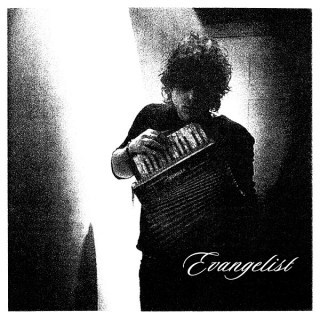 Pablo Clements and James Griffith, (Toydrum, Unkle), and Gavin Clark (Unkle, Clayhill, Sunhouse) present 'Evangelist' on Underscore Collective. This is an album full of pulsing electronica, skittering power-jazz drumming, bubbling, dubby bass and that ghostly, celestial voice. 'The Evangelist', a concept album, is a loosely autobiographical tale about a preacher's life. Exaggerated a little like any great tale, it would follow his peak, his downward spiral into drugs and vice, his attempted redemption and ultimately his failure. It's krautrock for the 21st century, filtered through several decades of dance music and pulled screaming from the dancefloor and into cerebral rather than feet territory. There's a hint of Spacemen 3 or Spiritualized's lysergic adventures in the double-tracked chorus and gurgling effects deep in the mix.
description from www.roughtrade.com