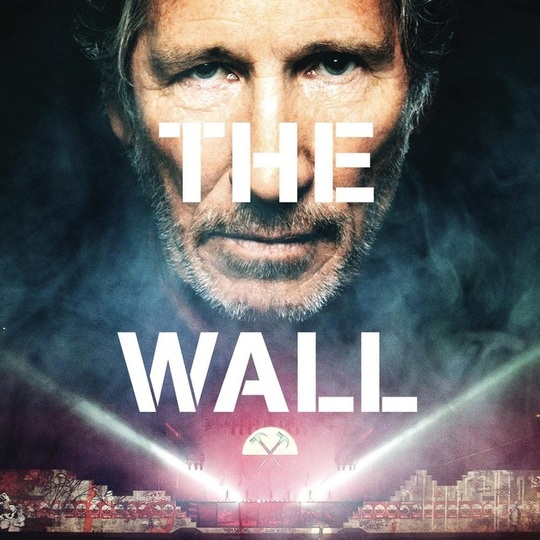 Outrageous slayer of sacred cows that I was, I always used to think Pink Floyd’s The Wall was a bit bleh, a small clutch of undeniably great songs smothered by an excruciating realised concept (about a rock star and the metaphorical wall built around his psyche as a result of him taking his childhood much too seriously). But I listened to it the other day and you know, I quite enjoyed it: maybe I was right the and my tastes have gone to pot now; maybe it's the other way around and I’m just old enough to appreciate its existential grumpiness; or maybe the fact I’ve seen an awful lot of musicals since then has brought me round to its more theatrical excesses.

Somebody who definitely likes The Wall is the chap who wrote it, Roger Waters. Like his contemporary Jimmy Page, Waters is one of those great Seventies rock stars who has effectively ceased to make new music – nothing since 1992, though there will allegedly be a new solo album next year – but has instead steadfastly cultivated his legacy and polished his former glories. Between 2006 and 2008 he spent two years touring The Dark Side of the Moon – arguably a slightly gauche gesture, given there didn’t seem to be any abiding logic beyond the fact it’s a very popular – while 2009-13 saw him him tour The Wall around the globe – perhaps fair enough, given it’s a deeply personal record and only played four cities back in the day. It’a also, by-the-by, the most financially successful tour ever by a solo artist (though it’s probably best not to get too excited by this stat - the overheads were dementedly high and it feels peculiarly meaningless to describe a man with a twelve-piece-band touring the music of another band as being a solo artist).

Anyhow, that was all wrapped up a couple of years ago, but here’s the slightly unusual document of it. The Wall (the film) is a cross between a straight up concert film and an artfully shot road movie, in which Waters potters around France and Italy in his nice vintage car in order to visit the graves of his father and grandfather, who died in the second and first world wars. It’s a slightly odd documentary, sombre, gorgeous and respectful, but also deliberately stylised in a moderately disorientating way – when Waters visits his grandfather’s grave, he is alone in the cemetery, and then suddenly an array of silent, black-clad figures appear eerily in shot; in what would appear to be a heavily scripted scene, he explains to a silent barman how his father died at the Battle of Monte Cassino, while knocking back shot after shot and staring dejectedly at the bar. They’re beautiful sequences but also rather short - in a way it’s kind of a shame he didn’t go for it in terms of making an actual full film of this, possibly as a tie-in with the recent thirtieth anniversary of Pink Floyd’s The Final Cut, an album dealing specifically with the World Wars and the senior Waters men. But I guess the quasi travelogue format suits the fact this is a document of a tour, and it’s certainly not un-pertinent to the issues raised by The Wall: the documentary does really bring home the astonishing, ghastly fact that both Waters’ father and grandfather were killed before their children had any memories of them – what that must do to somebody it’s hard to imagine, although certainly it explains Waters’ steadfast belief in pacifism. Anyway, you might see it as a rock star’s folly, but I liked the documentary – there could have been more to it, but I ultimately found it very moving (perhaps because my own grandfather fought at – and survived – horrifically bloody Monte Cassino).

As for the concert film: well, I can see why it would have been good catching it during its limited cinema release: The Wall live was such a vast spectacle that watching it on a laptop screen seems faintly absurd. The film does at the very least stand tribute to the integrity of the project: this maximalist experience, involving armies of props and musicians and pyro – not to mention an awful lot of bricks – was clearly quite the sight, with each song basically its own stylised dramatic vignette, while Waters’ earnest efforts use it as a political platform to decry modern totalitarianism – via projections dealing with the likes of the Jean Charles de Menezes killing – comes across as both heartfelt and in touch with the bubbling mood of left-wing and anti-government insurrection of our times. Maybe The Wall has come back into fashion, or maybe after 35 years of tinkering Waters has finally got it right. Whatever the case, his legacy is now definitely, definitely secured – maybe time to start thinking about having a future, eh?