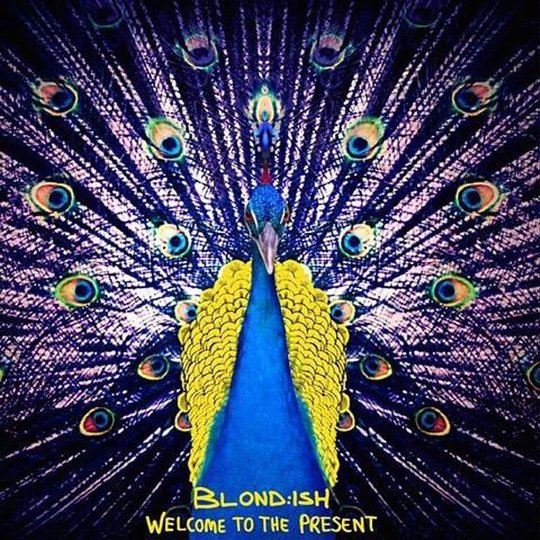 Blond:ish make the kind of downtempo dance music that ordinarily pushes a lot of buttons for me. Sadly, Welcome To the Present may make for a decent enough ambient album but if you pay any kind of attention to it at all it seems to fall apart into nothingness. Two things immediately stand out when you force yourself to listen along closely: it’s too long, and far too many of the songs never really go anywhere, and those two things together can make for a pretty disastrous combination. Surely the whole point of a downtempo album is that I’m not supposed to notice the excessive, hour-plus runtime.

It does seems a little churlish to complain about these songs not really going anywhere when surely a large part of the appeal of this kind of music is its ability to fade into the background. But it would be nice if one had the choice of either listening attentively to the music or letting it wash over you, and the album never fully succeeds at either. Unfortunately, it actually starts with some of its worst offences. Opening track 'Shy Grass' is a near-seven-minute frustrating mess that mucks randomly around with some half-hearted Nineties trip-hop ideas but never gets properly going. When all you can write in your notes is 'trying to be DJ Shadow’s Entroducing, but not nearly as good', you know an album hasn’t made a good first impression. Follow-up 'Los Pensamientos' does nothing to address this issue either: it’s a nothing-y combination of new ages noises and a sample of an old man speaking in Spanish that feels long at three minutes.

In fact it is the consistently poor choice of samples that I think hurts the album even more than the length, and there’s also a sort of slapdash approach that could come across as inventive and charming in others, but instead feels lazy and unfocused here. It seems like Blond:ish have taken inspiration from David Byrne and Brian Eno’s My Life In The Bush of Ghosts: the samples are all, for a want of a better word, vaguely 'ethnic', but without interesting music behind them one struggles to see why they were chosen. In fact, the vocals more often than not take you out of the music (surely not what you what at all), and this makes them feel particularly egregious choices. The only clue from the press release says the songs

...reflect 'every road that we have taken to come to this point in time', as the duo explains - spanning spiritual and physical travels to South America, Mexico and India.

Which, let’s be honest, doesn’t do them any favours. The only track where it works is closer 'It Starts Now' which features a lengthy sample of Buddhist Philosopher Alan Watts. It’s a bit Healing-Field-at-Glastonbury, but I find Watts quite a pleasant speaker and so it’s a nice, uplifting way to end an album. On almost every other, track, though, the vocal sample stands out dreadfully and adds nothing to the song.

The aforementioned ‘slapdash approach’ is more of a mixed bag, really. The discordant, twinkly piano and water noise make 'Nada Brahma' one of the better tracks: a chilled-out downtempo track that’s also a just a little bits ominous. Similar, the Hammond organ flourishes and backwards guitar found on 'Velvet Wave' help elevate it above the rest. On the other hand, the vocoder in 'Endless Games' is off-putting and unnecessary and the melange of world music instruments and random noise in 'Moonvalley' make it feel rather self-indulgent. One gets the feeling the band are throwing random elements into the mix and seeing what works.

There’s a decent downtempo, tech house album in here somewhere. But Welcome To the Present isn’t relaxing or interesting enough to be considered anything but an ambitious, overly-long, curious waste of some good ideas.