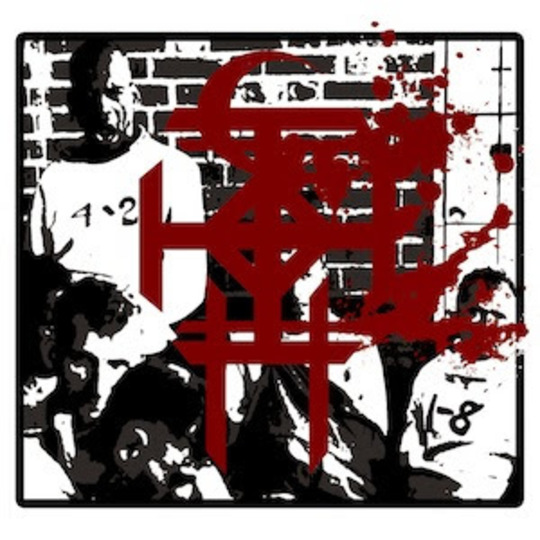 Who made Hell / Hell made Who

There are people on YouTube that want to kidnap Trent Reznor’s family so he can write another Broken or Pretty Hate Machine. That’s how much folks wanna align with abuse – they feel that, as someone on the margins (albeit marginally marginalized), their identity is constantly under fire. In Reznor’s melodramatic angst they connect and find release.

Corrections House do not deal in self-indulgence. Fuck your troubles.

Born with two sisters / but no girls in the house

Fuck. Jesus fuck. These guys could already strip the flesh from your scalp back in 2013 with Last City Zero, but as an obelisk, all thunderous drone with a sharp onyx point. From the get-go, Know How To Carry A Whip moves, squirms, rattles, tumbles, stabs – pistons pump and gears grind among the twitching wires and monolithic riffs. 'Superglued Tooth' crawls through flames of glitches and declares lines like “the right to bear hooks / the hook to bear rights” with such force that the words stamp on your skull. And while CH can still stretch into the abyss – opener 'Crossing My One Good Finger' almost taps the seven minute mark, while “When Push Comes To The Shank” heaves past eight - the muscles are taut and lean. No ego-asserting solos, no preening. Mike IX Williams cries out with a righteous hardcore fury, a rage directed outward rather than at the self.

Alcohol has its way / on the good people

I keep throwing these quotes in, because they grab me and I cannot shake them. They confront me – with what, I don’t know, which is why they grab me still. Williams does not threaten in concrete terms – he speaks in riddles, blunt observations, with isolated objects like doors in the backyard and untied shoelaces. I fucking love when, on 'The Hall of Cost', Williams cries ”On your knees” and then adds ”scrubbing the floors”, dissolving an imperial, very metal command into a mundane, humble chore. 'I Was Never Good At Meth' plays out more like a conversation in a crowded room, but with the crowd’s murmurs simulated by a droning guitar and thudding electric static. ”Boots on the ground / the front room is empty”, he states, as a matter of fact, and from there the other military maneuvers mentioned in the song border on absurd.

As rich and nuanced as the lyrics may be, the exhaust fume rhythms do blend into each other after repeat listens, as one deep black miasma. Only the acoustic, gothic-tinted 'Visions Divide' offers any respite from the murk – and while I rather like the surprisingly velvet sax on here (the only shows of virtuosity on the record stem from the sax), the pastoral lyrics of full moons and thunderclaps come off kinda kitsch with the lonesome strumming. No, CH would do best to hone those powers that raze swathes of earth - as demonstrated on the majestic closer 'Burn the Witness' – or else learn to twist expectations in all forms of songwriting, as they’ve clearly done elsewhere on the album.

To live is a homemade knife

At any rate, the important takeaway here is that CH are allies in that never-ending quest for something to believe in. Me, I want to stand behind artists that are restless, who thrive on creation, and who do not fear where their muses might lead. Such is what I hear on Know How - visions, induced by cold sweats; nights awake with Einsturzende Neubauten throbbing in headphones; the external appearance of terror (i.e. the ski masks in their videos), driven by the internal desire to evoke a reaction beyond indifference.

But, y’know. If those Nine Inch Nails fans still want to kidnap Reznor’s family, I’m sure Corrections House would be willing and able.