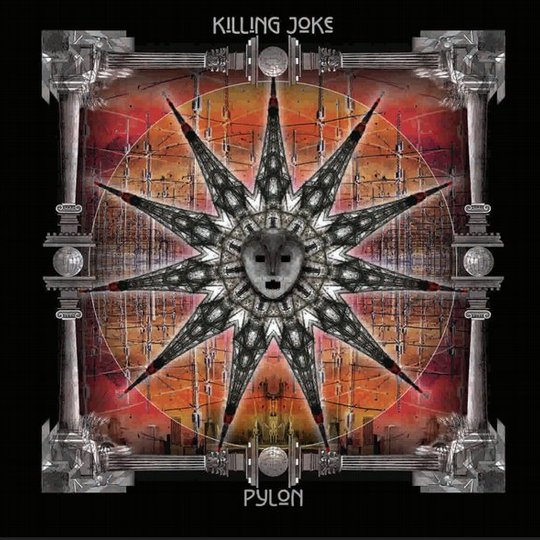 Behold, the day of the Lord cometh, cruel both with fire and fierce anger, and he shall destroy the sinners thereof out of it! The sun will be darkened and the moon will not give its light! The third angel will sound, and a star will fall from Heaven, burning as it were a lamp, and fall upon the third part of the waters! For behold, the day is coming when all the arrogant and all evildoers will be stubble, and upon the Earth, distress of nations, the sea and the waves roaring! Repent, for the Kingdom of Heaven draws near!

Whether it's fleeing to Iceland in 1982 after prophesying the end of the world, the Mayan prediction of a cataclysm in 2012 (the one that led to the shoddy, titular film) or God botherers reckoning our fate was a-comin' only a couple of weeks ago, seminal punk eschatologists Killing Joke have always enjoyed a good apocalypse, their music having long-since been built around a sense of political, humanitarian and spiritual hopelessness.

And as we fall into an era of seemingly unsolvable crises like spiralling debts, the further division of rich and poor, extremists running amok, fleeing refugees, a seemingly looming Cold War and Made In Chelsea, Killing Joke are still doing their best to provide a soundscape by which to watch the world explode. With the source material of the planet Earth of 2015, it's unsurprising that Pylon is particularly potent, pissed off and primitive. It's almost evident from the track listing – titles like 'New Cold War', 'Autonomous Zone' and 'War On Freedom' carry a lyrical impact of their own, and that's before we've even heard frontman, mental and occasional receiver of French Ministry of Culture awards Jaz Coleman bellow about brainwashing, drones and "another twat in a number 10 flat".

The musicality on Pylon remains suitably elastic. Their sombre new wave moments are captured in arresting sermons like the uhn-tiss of the aforementioned 'War On Freedom', perhaps Geordie Walker's finest moment here as he serves up crushingly emotive guitar lines. The same goes for the urgent, haunting dance-rock of 'Euphoria' or the lamenting 'Big Buzz'. Then there's the frantic rage of 'I Am The Virus' or 'New Jerusalem' with its dynamics of industrial funk and monolithic, relentless walls of angst. Despite their post-punk status, it's this heaviness – and a cover song plaudit from Metallica – that's kept them moving in metal circles, even performing at the Metal Hammer awards this year. There are definite similarities with the more psychedelic end of the black metal spectrum, but Killing Joke are their own men, and this 15th opus showcases a little something from each chapter of their story, whether it's emotionally, politically or sonically heavy.

While certain bands of their time are happy to add pointless albums to their canon, Killing Joke's veins still carry artistic merit, creativity and something to say. They aren't reinventing their own wheel, but we can only hope it keeps on turning as smoothly as this as long as they're still around. Let us pray.