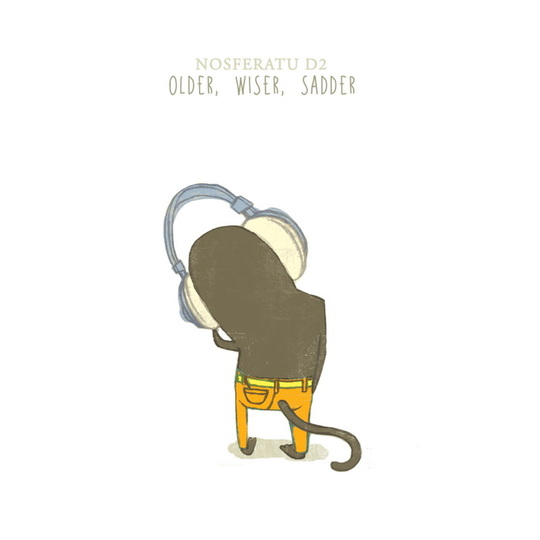 Somewhere in the world, a girl turns her back on her pretty-as-a-postcard hometown and shuts herself in the country to write her first ten-page essay. On the other side the world, two brothers play yet again, for yet another audience. 'As long as it’s fun, we’d keep doing it,' they promised each other, two years previously. But now Ben – the one with the guitar, composed yet swaying, whose hand plucks and strums in steady Vs – he’s yelling again, to burn down the suburban pit of fast food chains and discarded chicken bones that his hometown contains. He’s supposed to be angry. It’s getting quite exhausting. 'IT’S ALL UP HERE, AND POINT TO MY HEAD,' he cries, grabbing the mic like a crutch, repeating the line until the words get smushed and he can’t repeat them again. Away from the mic, he screams, twice, barely piercing his brother’s battery on the drums, before ducking back to the centre and wrapping the song. 'We’re recording an album, and it’s coming out soon, I’ve been told to say,' he says, and leaves it at that. He’s not sure what’ll go first – this crummy label or his own will.

The girl is stuck in the hometown she hates, and the country just outside it that subsumes all human life. In the mornings she works out at the community gym with the old folks and the ladies, and she feels like she’s alone on a cliff’s edge. She tunes in to radio stations, local ones and far-flung ones, to reconnect with the world that she fears she’s lost; they point her to the labels and records that will comprise another world entirely. Today, on a routine trip to the grocery store, she’s listening to one of those albums from somewhere else in the world – and it explodes in her like a heart attack. The girl can’t understand all the words that fly with the riffs in shards and ribbons, but she can hear Ben Parker talk about music in the same way that she thinks about it – as essential pieces of the self, companions that can validate or betray you. And beneath those splinters, the drums threaten to set everything alight, sputtering and charging in the opposite direction. She thinks of the friend who send this to her, who launched his label just to resurrect this, and she can feel the desperation bleeding from her speakers. She has to leave this town soon.

Now it’s 2015. And I could begin to describe this Nosferatu D2 EP objectively – it’s four B-sides that never made it to their only album, which were previously snuck on various Audio Antihero compilations, plus their two greatest songs, 'Springsteen' and 'A Footnote' as demos. I could point you to some signifiers and stated influences – Brand New, Anthrax, maybe a shade of The Cure. But the truth is, I can’t approach this EP without the stories, without the tears on the carpet, without this bubbling frustration and the loneliness, and the emails that kept me going for months.

And is it good, you whine. You fucker. Go listen to Older, Wiser, Sadder yourself and tell me that’s not heartbreak in motion. And if you haven’t heard We’re Gonna Walk Around This City With Our Headphones On To Block Out The Noise yet, then consider this yr gateway. Here’s to the hometowns we’ve left behind.