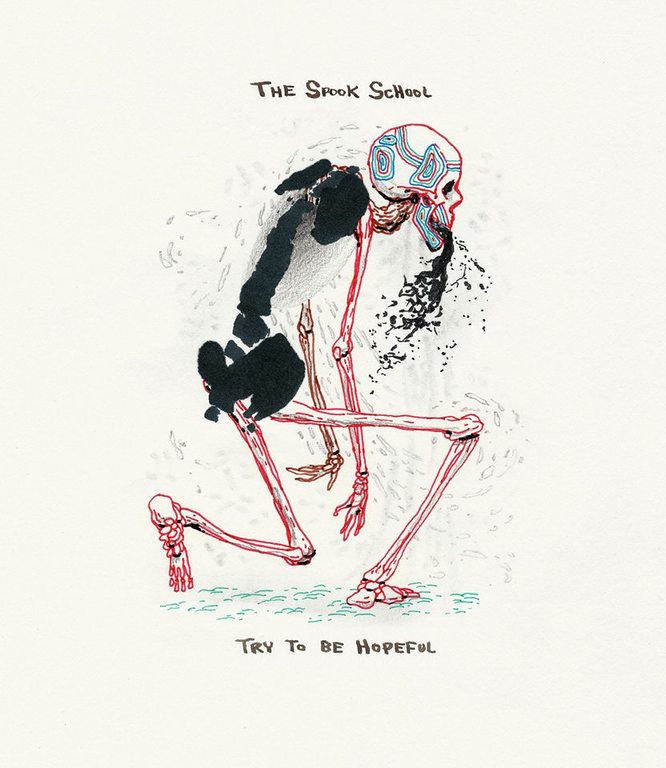 The Spook School - Try to be Hopeful

The Spook School have nailed it better than pretty much anyone in recent memory here.»

The Spook School return with their brand new album, 'Try To Be Hopeful'. Fun and empowering, 'Try To Be Hopeful' is brim full of noisy, tuneful and triumphant queer pop songs about identity, sexuality and being awesome. Since forming in 2012 they've become increasingly involved with the DIY queer punk scene, taking inspiration from the passionate, like-minded people they've met along the way, and from bands such as Martha, Joanna Gruesome, Trust Fund and Tuff Love. Citing influences including Buzzcocks, T-Rex and the noisier end of C86, the new album is louder, bolder, fuller-sounding and captures more of their live sound - aided and abetted by producer MJ of Hookworms.
description from www.roughtrade.com