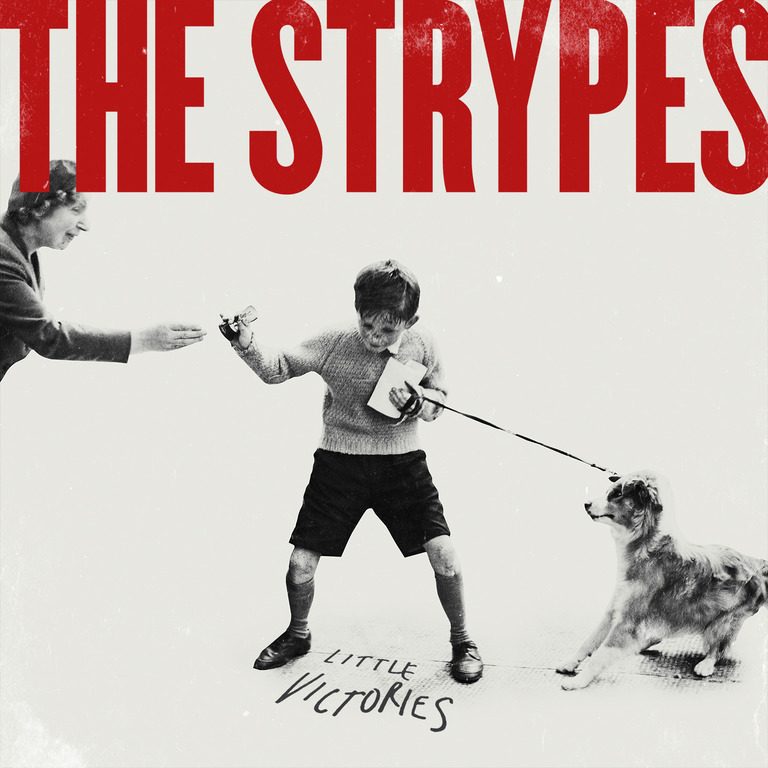 Hurry the fuck up, Hipster McExcusemeforgivingashitaboutsomethingIlike thinks to himself…»

You know what The Strypes are all about. Sure you do. Four Irish teenagers who've been playing garage blues since roughly the time they learnt to walk. Thrashing out R'n'B rave ups like a group of mates who'd bunked double Geography to play a quick covers set down the Bag O'Nails club circa 1965. All mini mohair suits, wailing harmonica and punky freakbeat. Except of course, that's Not what The Strypes are all about. Not by a long shot, and with their new album 'Little Victories' you've got 12 compelling reasons that prove why. Some of the things you may have heard about The Strypes are true, though. Yes, the band started playing together before they were even teenagers, relentlessly gigging around Ireland. Yes, they arrived like a tin can full of firecrackers on the UK music scene in 2012, blowing any other act you can name off the stage with their frenzied re-imagining of razor-sharp Feelgoods rock and snarling Rhythm and Blues. Yes, their debut album 'Snapshot' deserves to be filed next to other opening gambits by the likes of The Stones, The Yardbirds, Dr Feelgood and The Jam. Guilty as charged. But then surely the best thing about being 18-years-old with the special spring in your step that only being in the best new band in the British Isles can bring is the sense of adventure that comes with it? The world, as they say, is your oyster. OK, done that. What's next? What came next is a record that takes the raw power of Snapshot and uses it to fuel a ferocious 21st century rock and roll hybrid, which has been as much informed by present day artists such as the Arctic Monkeys as it is by previous influences like Bo Diddly and Nick Lowe. From 'Get Into It's' dirty bass groove and the absinthe-stained psychedelic waltz of '(I Wanna Be Your) Everyday' to the joyous New Wave rush of closer 'Scumbag City Blues', it's a record that swerves through multiple twists and turns with a scope almost unthinkable two years previously. Lift up the bonnet of 'Little Victories' and you'll find rolling - almost heavy metal like - twin riffing ('I Need To Be Your Only'), careering punk pop ('Best Man'), Kinks-esque observations ('Cruel Brunette') and deliciously sleazy swamp rock ('Status Update') all whirring thrillingly away. "We've grown up, musically," says lead guitarist Josh McClorey. "It's just a progression. It's like comparing what we were listening to when we were 12 and 13 to what we're listening to now. It's obviously going to be different." It's different for sure, but it also gets right to the heart of what makes these four people such a great band. Get ready to meet the real Strypes.
description from www.roughtrade.com