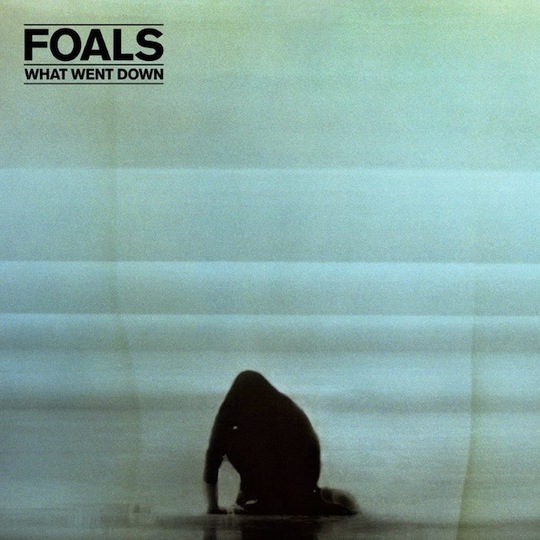 Chances are that when you first heard the lead single (and title track) from Foals’ fourth album you nearly fell off your chair in sheer, blinded excitement. This, surely, was it: the crystallising moment that Foals made the step up to the big leagues, swatting the vapid, uninspiring likes of Mumford & Sons and Kasabian to the side and fulfilling their reservation at the top table of British guitar music. ‘What Went Down’ destroyed the ears of headphone users, summoned Christmas morning levels of excitement within the hearts of Foals’ fervent moshing club, and sent tremors across the indie world in a manner not seen since… well, when they unveiled the similarly-mammoth ‘Inhaler’ as the first single from their 2013 record Holy Fire. Indeed, there’s much to enjoy in the Oxford five-piece’s new LP if you particularly enjoyed Holy Fire: a bold mix of crunchy riffs, self-reflective lyrical imagery and the kind of swirling sonic landscapes that we’ve come to expect from what is now a tight and well-experienced outfit.

But does What Went Down elevate Foals to a standard that exceeds what they’ve previously achieved? It’s a question that I’d have hoped to have answered with a resounding, Churchillian OH YES after such an intense preview of its fruits. But it comes across more as a work that’ll maintain their admittedly excellent level of consistency, rather than proving itself to be the defining album of an already blessed year for music.

That sense of consistency emerges from the adherence to a particular formula that’s evidenced early on - their tendency to start albums strongly. The aforementioned title track is, as aforementioned, bloody great: banging and crashing and shouting and screaming over five electric, belligerent minutes; “YOU’RE THE APPLE OF MY EYE, OF MY EYE, I WANT YA!” arguably being Yannis Philippakis’ finest vocal yelp to date. The gleaming gem of indie rock that is ‘Mountain At My Gates’ follows, no doubt influenced in its appealing make-up by producer extraordinaire James Ford’s presence in their desolate studio in the south of France (the same village 'in which Van Gogh was hospitalised after savaging his own ear', observes the press release). The double-time release at the end of the track is a welcome switch-up in pace too, with drummer Jack Bevan, the multi-faceted jewel in Foals’ crown, driving the number in typically unabashed style.

But then there’s the familiar Foalsian notion of being unable to maintain such a strong start. It’s by no means intended as a harsh criticism – it’s just damn hard to match the high intensity of What Went Down’s opening chapters. Jangly following track ‘Birch Tree’ - bass twangs aside - is a swaying affair that’ll help dry the sweat on the foreheads of both band and audience at Foals’ typically-animated live shows, permitting Edwin Congreave’s synth skills to take the lead. ‘Give It All’ is next, framing Yannis’ bleak, urbanised narrative in the centre of the shot: “But you’re there by the tube stop in the freezing rain… You caught the bus and I caught the train / All that remains are words in the rain” he sighs, as we all wonder whether said transport user is the same “apple of my eye” that the frontman so ferociously frothed about in the album’s opening few minutes.

Foals tend to excel the most when Bevan is given license to thrill: the Coleridge-invoking ‘Albatross’, for instance, is prevented from drowning in a sequence of drawn-out reverb by his arms-akimbo talents, seemingly covering every part of his kit in an effort to power along an otherwise uninspiring cut. ‘Snake Oil’, meanwhile, is a powerful force from the minute his kick drum receives a boot to the temple, laying the groundwork for a sliding groove of distortion that gives way to a heavy guitar break - which is as close as proceedings get to matching What Went Down’s opening five-minute salvo. ‘Night Swimmers’ also casts the drummer as the star of the show, utilising his indispensable rhythmic talents to generate an undeniably-alluring carnival rhythm in a manner not too dissimilar to Total Life Forever’s epic ‘After Glow’.

Alternating between pulsating, gripping guitar music and more reflective, mellower moments has been Foals’ modus operandi from the very start, and, having long shed that peculiar math-rock tag and their association to the mid-Noughties Skins party scene, they’ve certainly evolved into a band equipped with the power to stun their listeners from seemingly from out of nowhere. It’s certainly the case with closer ‘Knife in the Ocean’, the big, big finish that a record of What Went Down’s ambition so desperately requires. It’s a glorious piece of music that begins with tender guitar lines and distant bells, before Bevan – that man again – powers in with a relentless going-over of his snare drum that continues into a wheezing yet achingly-beautiful chorus. As a piece of music it evokes audio-visual comparisons with the titular nomadic chateaux from Howl’s Moving Castle: an anthropomorphised being of massive proportion that roams a beautifully-crafted world.

What Went Down could be the record that earns Foals their first ever UK number one next Thursday, whilst you’d put good money on it being at least nominated for the upcoming Mercury Prize, as they were in 2013. But is does it serve as the propellant that Foals need to actually make that step-up to that top table and prove that they’ve the gravitas to headline a Glastonbury or a Reading? Whilst such an accolade would be a considerable achievement for the band and all those desperately willing them on – this writer included – this record is likely to re-energise their momentum, rather than rocketing them into the upper stratospheres.