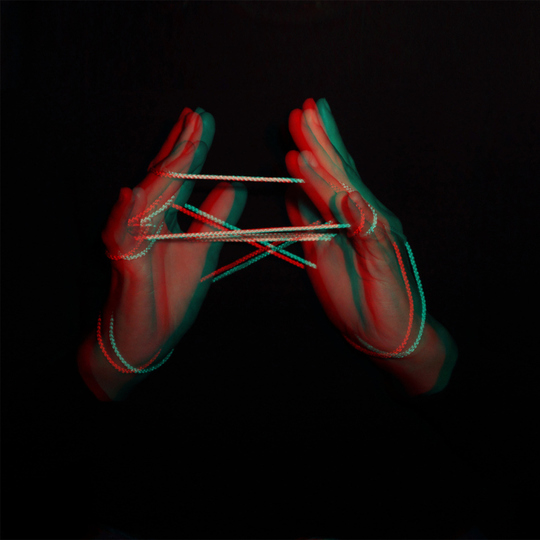 With all the technological advancements in music production over the last decade, a person sitting on a couch eating a bag of Cheetos in one hand can simultaneously compose a radio smash with their other hand on their cell phone. However, no one has invented a way to infuse the full ambience of a live show into a record. Aside from 14-year-olds seeking praise from anonymous online strangers because they listen to bands like Talking Heads instead of Train, the most rehashed YouTube comment is of the 'yeah but they suck live' variety. But for the ladies of La Luz, the opposite is the problem. Crowd-surfing band members playing 'surf noir' with maddened fury while inevitably casting a glorious trance over the audience is an impossible experience to capture on a record. Weirdo Shrine exhibits even more ambition and experimentation than their debut album, It’s Alive, but conversely exacerbates the issue. Ultimately, it is the sheer brilliance of their sound that makes them a band not made for these digital times.

With It’s Alive La Luz proved that 'surf rock' doesn’t have to contain the chipper spirit of The Beach Boys’ 'California Girls', supplanting 'pet' sounds with 'ghost' sounds. Weirdo Shrine is overcast with even more opaque touches, commencing with the dirge-like ambience of “Sleep Till They Die.” Against the backdrop of an eerily plodding guitar riff and morose humming, frontwoman Shana Cleveland sings of a hopeless, amaurotic world with apocalyptic vocals. 'You Disappear' is buttressed by a melodic guitar riff (typically the signature crux of past and present 'surf rock') but is paired with erratic bass lines, allowing for a tantalising sonic juxtaposition. But like so many of La Luz’s recordings, it’s visceral to an astonishing degree, meant to force idle bodies into sonic submission; a comfortably numb state of consciousness while swaying and nodding heads.

Like certified millennials, La Luz’s A.D.H.D. nature delineates their music, but unlike a multitude of other bands, their free-form style harnesses a collected chemistry. In an industry dwarfed by amateurs thinking literally inside the rounded-cornered box of their Apple Garbage Band app complete with its rehashed, patternised instruments, the dauntless chord alterations the ladies of La Luz perform seem like musical sorcery. 'Don’t Wanna Be Anywhere' is a cascade of both discordant and harmonious splashes, with Marian Li Pino fluctuating between chaotic and tempered drumming. Although new to the band, Lena Simon’s sprawling bass lines mesh ingeniously with the band’s ultimate stimulus. And as always, Cleveland masterfully uses her voice, like her guitar, as an instrument, knowing exactly when to raise her pitch or conversely, to let the tantalising grooves to do the singing.

But as the spirited music becomes even more sprightly and illustrious, Weirdo Shrine increasingly outgrows the limitations of the album format, obliterating the need for headphones or the opportunity for solitary listens.The unfiltered vitality of 'I Wanna Be Alone (With You)' or 'Hey Papi' would cause widespread accidents if played in the car, or a colossal uptick in 'roommate wanted' Craiglist ads if played in one’s bedroom. The rhythms encompass a capacity to inflict one with a possessed demeanor of berserk movements; an inevitable musical exorcism that for most individuals is only safe practice in the company of equally bedeviled attendees in the sanctuary of a concert hall.

As executive producer/engineer, Ty Segall’s influence can’t be denied, and the album seems to harbor all the various styles of his career, like the helter-skelter punk rock leanings of his earlier days and his recent Beatles-esque cooled, melodic recordings. The latter reveals itself on 'I’ll Be True' and 'True Love Knows', where La Luz somewhat temper their clamorous approach with a more leisurely penetration. But the most blatant facet of La Luz and Segall synchronicity is asynchronously their triumph and failure. Unlike It’s Alive, there is a clear effort to hydrate Weirdo Shrine with the dynamism of their live shows, which contrarily augments the listener's’ desire to logout of their Spotify account and purchase concert tickets. As odd of a notion it is, as a setlist for a show, Weirdo Shrine is a miraculous endeavour to behold, but as an album, it suffers because of its untamed splendour.