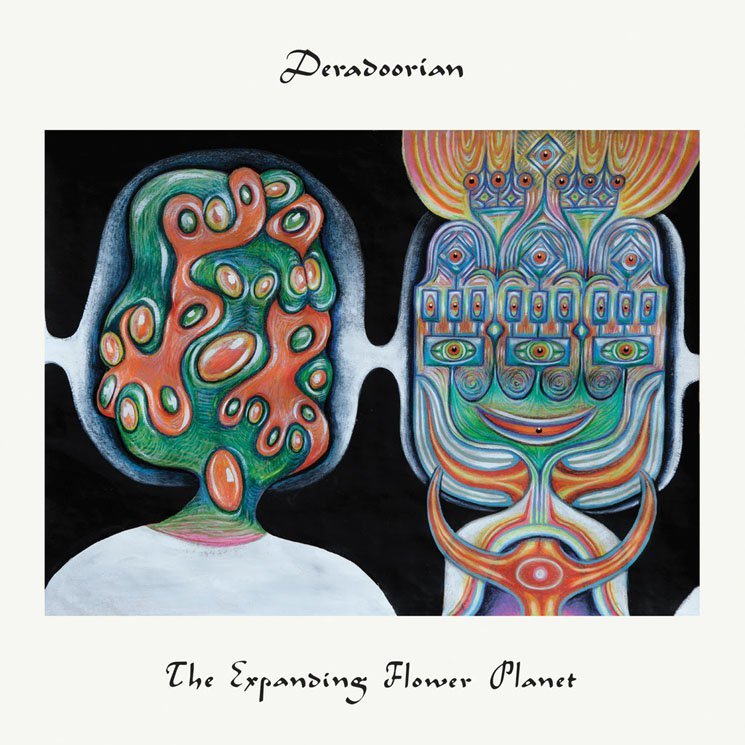 The end result is more miss than hit»

Debut LP from Angel Deradoorian, former member of Dirty Projectors and Avey Tare's Slasher Flicks. 'The Expanding Flower Planet' is an album, a song, a cosmic ideal, a form of psychic expansion and expanded capability. It's original and personal. It transmutes ethereal abstractions into crystalline harmonies and sinuous grooves. It's music nurtured with the idea of healing, exciting, inspiring, enlightening. Drones, dissonance, warmth, and love. Even if you're unfamiliar with Angel Deradoorian's name, you're likely familiar with her voice. As the former bassist and vocalist for Dirty Projectors, her lepidopteran flights helped buoy the Brooklyn-based group. She's been a member of Avey Tare's Slasher Flicks and sang on Flying Lotus' 'Siren Song.' Her fist song collection, 2009's 'Mind Raft' EP elicited praise from Pitchfork for being "passionate and lovingly crafted." The Fader hailed her "zen weed energy" and "moody dervish spirals." But her debut LP, 'The Expanding Flower Planet' reflects a remarkable creative journey. The title came from a tapestry hanging on the wall in front of Deradoorian's workstation - a Chinese embroidered image of a flower mandala. Others imitate the past and others divine inspiration and transmit it elsewhere. This is the latter instance. If you listen close enough, you can detect faint hints of Alice Coltrane and Can, Terry Riley, and Dorothy Ashby. A new world springs from ancient traditions - with East Indian, Middle Eastern, traditional Japanese musical inspiration aligned with Deradoorian's singular orbit. Recorded in various locales over a period of several years, sessions began from scratch in Baltimore, 2011, before moving to her studio in LA. Some tracking was done in a church. Extra tracks were recorded at The Topaz Chamber, which belongs to Deradoorian's friend, Kenny Gilmore. This is an album so refulgent that it actually sounds like it was made in a Topaz chamber. Roughly 90 percent was written and performed solely by Deradoorian, with assists from drummers Jeremy Hyman and Michael Lockwood, guest vocalist Niki Randa, Arlene Deradoorian and Gilmore, who helped the songs breathe. It's essentially the offspring of a labyrinthine odyssey of self-exploration. In the course of cutting it, Deradoorian realized a more profound communion with music than she'd ever experienced. It's salient in the songs, which glow and warp, burn brightly and float gracefully past sun and assorted stars.
description from www.roughtrade.com