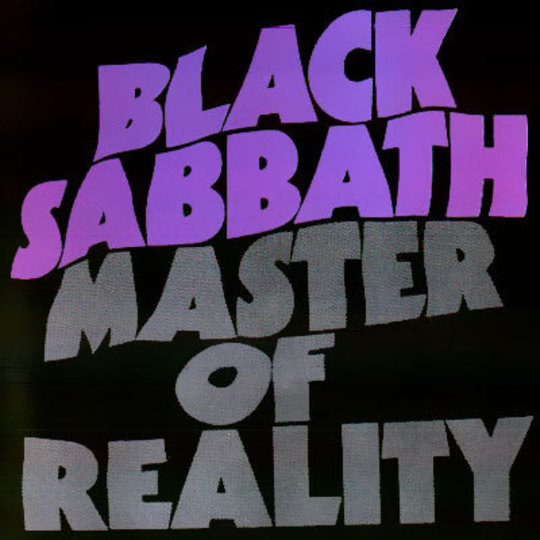 The passage of time has done nothing to dim the brilliance of Black Sabbath’s impeccable first three albums. Also, bears do their business in the woods in case you missed that one. Every single riff is a stone cold classic. Every pained word from Ozzy’s mouth is a triumphant anthemic scream echoing through the ages. Each one of Geezer Butler’s occultish lyrics perfectly captures a now commonplace obsession with gothic darkness, at the time relatively unexplored in the flowery love decade from which the band were birthed. Out of the countless notable guitar bands from the time - including the likes of Zeppelin, the Fab Four, The Ramones - it’s in fact the blueprint that Sabbath perfected on their first trio of album we hear most often aped to this day. That stoner downtuned guitar chug, and that swaggering vocal delivery, they simply are metal. There’s almost no other example of an act so completely defining a genre. So these reissues on heavyweight vinyl - the first of a total eight to come covering the band’s initial run of albums with Ozzy at the mic - are as welcome now as they would ever be.

The band surprised us all with the actually rather good 2011 reunion of the original lineup, plus the subsequent actually rather good album by the quartet, 13. It all worked so well because they stuck to the formula on display across these first three albums put out 40 years prior. 13’s ‘End of the Beginning’ sounded like a reworked ‘Black Sabbath’, while ‘Zeitgeist’ followed the pattern of Paranoid’s mid-album psychedelic moment of trippy peace, ‘Planet Caravan’. For want of a better term, Sabbath aren’t truly dark per se (generations later the likes of Sunn O))) would perhaps better embody true blackness. By modern standards Black Sabbath isn’t dark - it’s camp. It’s a very British sort of playful gothica, akin to Hammer Films, and we willingly suspend any disbelief. We can see it’s fake blood, but we don’t care - even contrived grandeur can be very grand. A professed lover of heavy metal, the late Christopher Lee once said, 'I associate heavy metal with fantasy because of the tremendous power that the music delivers'. Maybe it’s literally the power of the thing. The volume. Even disbelievers can’t ignore a stack of amps at full blast.

The timeline of events leading up to that first album is of the sort to make modern bands sob with envy. The tail end of ‘68 saw Ozzy and Geezer Butler join forces with Iommi and Ward in what was initially called The Polka Tulk Blues Band, and subsequently Earth (where Dylan Carlson got the name for his band from). Iommi left to join Jethro Tull during a brief spat in 1969, but soon rejoined Earth, and the name soon changed to Black Sabbath. The newly named quartet played their first gig at the Workington Banklands Youth Club, Cumbria on 30th August 1969, signed to Philips Records by November, appeared on John Peel’s Top Gear show by the end of the year, and released their first single (‘Evil Woman’) in January 1970. On Friday the 13th in February, the full length Black Sabbath was released, reaching number eight in the UK charts. That’s from Cumbrian Youth Club to charting debut album in less than five months.

The debut album still retains semblances of The Polka Tulk Blues Band years, where the band were more or less a straight up blues band, supplemented by a slide guitarist and saxophonist. The two cover songs - ‘Evil Woman’ by US band, Crow, and the ten minute closer ‘Warning’ nabbed from The Aynsley Dunbar Retaliation) both stick out as somewhat out of character in comparison to more classic Sabbath.The densely jaunty ‘Evil Woman’ even has a bloody horn section, and ‘Warning’ showcases Iommi’s guitar histrionics like an oversized cod piece, but both still fail to escape the album’s gothic atmosphere, in no small way due to Ozzy’s demonic cry, the very opposite of a West Coast flower child, or a Jagger-esque spindly sex fiend. ‘The Wizard’ too features Ozzy playing harmonica, and the main riff, bouncing off Ward’s busy drum fills, resembles Led Zeppelin’s ‘Good Times Bad Times’, but Geezer Butler’s rubbery bass sounds and Iommi’s powerful minor chords seem to yank the masks of smiley jolly bluesmen right off, revealing the dark, long-haired, leather jacketed monsters beneath.

The recording took a single day, ostensibly comprising several single takes and a handful of overdubs (Iommi’s guitar in particular is double tracked repeatedly across the album). As Ozzy put it, 'We were in the pub in time for last orders.' Producer Rodger Bain did practically nothing, aside from adding an edge of reverb across the entire thing, playing Jew’s Harp on the pastoral intro to ‘Sleeping Village’ and incorporating the iconic church bell and thunder sounds to the opening track. And there was no need for him to do a thing, no refraction, and barely any editing necessary. Black Sabbath were already a juggernaut, loud beyond their time, darker than any of their contemporaries. Just switching on the mics and letting them play was more than enough from Bain.

Recorded only a few months later in June 1970, Paranoid erupts with the same youthful energy as its predecessor, but marks their evolution in two distinct ways: dynamically it goes far higher and lower than anything on Black Sabbath, plus the group’s blues roots almost disappear entirely into the background. They were still writing and recording at a rate of knots - ‘Paranoid’ was legendarily churned out in less than a couple of hours "top to bottom" (and sounds so similar to Led Zep’s ‘Communication Breakdown’ it would undoubtedly have led to a Marvin Gaye style lawsuit today) - but the songs themselves were becoming dense miniature suites, crafting the group’s loose live sound into something verging on progressive and symphonic rock, albeit swaggering and stoned rather than tight and clean. The band’s penchant for epic codas and emotionally intense climaxes grew exponentially too. ‘War Pigs’ switches from chugging anti-war anthem to a soaring instrumental epic in its closing moments. The final moments of ‘Iron Man’ see Bill Ward switch from stoner groove to jungle drums, driving on a descending climactic blowout. The tail of album and the end of ‘Fairies Wear Boots’ similarly switches from Iommi and Butler heavily riffing along to a bittersweet coda of epic sadness. Behind the riffs and pounding chug that makes it the archetypal stoner rock album, the emotional depth of Paranoid is one of Black Sabbath’s most lasting influences. It’s most audible in the post-rock movement, where crushing loud finales to epically long instrumentals abound. Godspeed You ! Black Emperor’s ‘Rockets Fall on Rocket Falls’ comes to a close in very Iommi-esque fashion, inverting the tune’s main theme to something that seems to weep grandly beyond the supposed confines of guitar music. Godspeed’s sister band, Silver Mt. Zion have even borrowed quite literally from Black Sabbath - just check out the opening riff on ‘Sow Some Lonesome Corner…’ and compare it to the end of ‘War Pigs’. Paranoid delves deep into minor key darkness, imbuing rock & roll with a new sort of drama, the likes of which would be streamlined to perfection on Master of Reality.

It’s worth noting here how these reissues don’t bombard us with hours of pointless outtakes, demos, or live versions. It’s a straight up reissue of on heavyweight vinyl, pretty much identical to what those kids in bell bottoms would have got for £2 from their local record shop back in the early Seventies. Particularly with an album like Master of Reality, it’s easy to see why bonus material would be aimless additional baggage. There’s simply no argument to be made against this being the absolutely perfect distillation of what Black Sabbath were about, and that the 35 minutes of music on Master of Reality is unimprovable. This album was the moment Iommi finally decided to chose to down tune his guitar, out of both a desire for a heavier sound, and a wish to ease the pain in his finger partially severed in a factory accident back in the Sixties. The awesome power of the simple change, which naturally required Geezer Butler to re-tune his bass in kind, is instantly audible on ‘Children of the Grave’, where the pair sound like a bleedin’ air raid. How this must have sounded to The Osmonds generation is unthinkable. Iommi riffs up a storm, crafting a giant wall of powerful chords while Butler chugs below like a beefed up Harley at full pelt, and overdubbed tom tom beats from Bill Ward add to the atmosphere of total war. The song itself is a rallying cry against warmongering, employing the least hippyish tools of total heaviosity and musical aggression to get the point across. It goes deeper, with Geezer Butler’s down tuned bass strings on ‘Lord of this World’ sounding almost unfathomably gnarled, and the legendary intro to ‘Into the Void’ (listed as a separate track titled ‘Deathmask’ on some early North American pressings) remaining the quintessential stoner riff to this day. The oddly folk psychedelia of Master of Reality’s penultimate track ‘Solitude’ remains a particularly enigmatic moment in the band’s discography, with Ozzy’s tenderly sung vocal sounding quite literally like somebody else, and Iommi layering back-masked piano chords and flute in addition to his baroque guitar figure. It’s a brilliantly out of character moment, like the two brief instrumental interludes on the album, ‘Embryo’ and ‘Orchid’, and without them Master would have undoubtedly been too heavy for its time. As it stands, its one of a mere handful of albums in existence that sound like perfection.

The 2009 remasters on CD have nothing on these glorious heavyweight vinyl versions. Running your fingers over the embossed letters on Master of Reality, opening the gatefold sleeve for Paranoid to find a monochrome image of the young adonis Ozzy boldly sporting a great metal crucifix round his neck. Black Sabbath similarly houses an inverted cross with a poem written inside, all on a none-more-black background. What’s more, as previously mentioned, these reissues do away with the usual round of demos and outtakes as were frivolously tacked on to the 2009 remasters. All we get is a lovingly cut chunk of heavyweight vinyl, ready for you to turn all the damn way up. It’s 180g vinyl too, so it’ll take a bit of a beating should the moment take you. From the opening drone of Iommi on ‘Black Sabbath’, to the epic fist pumping energy of ‘Children of the Grave’, to the anthemic fury of ‘War Pigs’, no band in history ever got it all so completely right, right from the start. 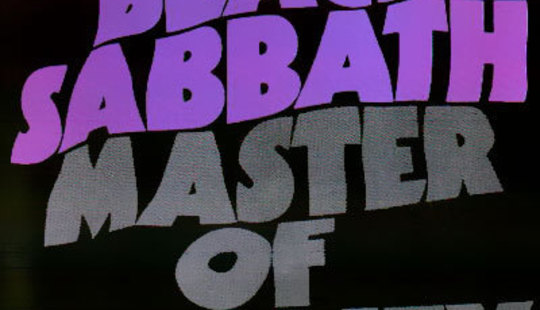