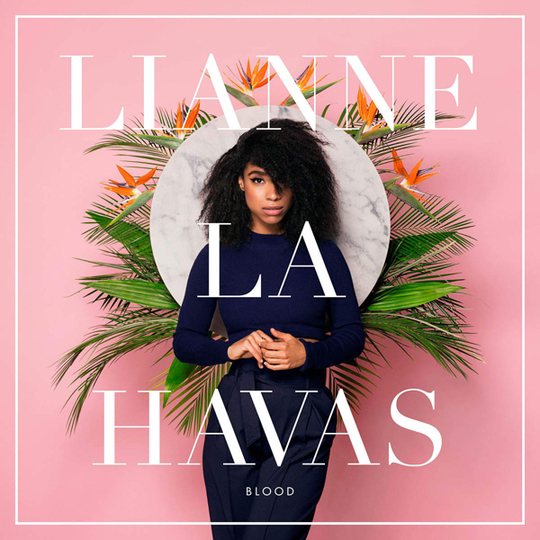 To mindlessly say that Lianne La Havas makes 'love songs' is a crime of colossal proportions. In the millennial age, love songs are typically the flimsy here’s-my-number-so-call-me-maybe sentiment of teenage antipathy, or rappers contrasting the everlasting affections for their 'main chick' with the ephemeral titillation their groupies provide. No, La Havas is concerned with that seemingly antiquated, chivalric notion of love as an overwhelming sensation, taking cues from the uninhibited howls of Aretha Franklin’s 'I Never Loved a Man the Way I Love You' and the open diary vulnerability of Joni Mitchell’s Blue. La Havas generated enough applause, applause after her 2012 debut Is Your Love Big Enough was named album of the year by iTunes and Prince enlisted her help for his Art Official Age record, but her new album Blood is a shampooed and renewed artistic transcendence, inevitably commanding a higher degree of r-e-s-p-e-c-t.

Throughout, Blood drips with rich, ambrosial textures, commencing with the dreamlike lush of ‘Unstoppable,’ where a rhapsodic La Havas sings of a sublime, celestial love. Following an excursion to Jamaica to explore her family heritage, La Havas unearthed not only a firm sense of self, but a lucidity about the world. Her newfound keenness pervades the entire album, especially in the equal parts sonic memoir and tribute ‘Green & Gold.’ Over acoustic guitar and soft-pedaled drums, La Havas ceremonialises her maturation from a perplexed little girl to self-assured songstress, equipped with the heirloom of her majestic lineage. The ensuing track, ‘What You Don’t Do,’ revels in the other half of Lianne’s genetic makeup, Greek, via the act of metaphorical ostracism. While undoubtedly buttressed by a poppy edge, La Havas rebukes the both hackneyed and contrived tradition of pop princesses shelling out trivial love anthems: “Three little words, over time/ Overheard and overused.”

But like the aforementioned masters of the craft, La Havas is able to transmit her vocalized pangs of heartache directly to her audience in a palpable fashion, evidenced on songs like ‘Wonderful.’ La Havas shares writing credits with Disclosure’s Howard Lawrence and Aqualung’s Matt Hales for one of the album’s most climatic moments. Over delicate piano strokes and intermittent finger snaps, Lianne sings in memoriam of a relationship gone awry, yet the experience yielding an eternal luminosity, echoing Alfred Lord Tennyson’s sentiment that "'tis better to have loved and lost than never loved at all.”

One of the innumerable ways in which La Havas exhibits her maturation as an artist on Blood is through a manifest lack of hesitance when it comes to experimentation. On 'Grow', the instrumental commences with subdued, aural guitar strumming, then metamorphoses into an accelerated timbre on the chorus, dictated by vociferous drums. La Havas’s vocals equally become more clamorous to supplement the tempo, all the while displaying a causative command of the song. Infused with the concurrently clamorous and chaotic ambience of Kingston, Jamaica dance halls, La Havas’s invigorated artistry seems to be exhibited at every turn on the album.

‘Never Get Enough’ is an even more stunning example of La Havas’s experimental dabblings. Like ‘Grow,’ the verses are laced with a quieted, melodic essence until the instrumental abruptly discharges a flurry of distorted synths. Oscillating between delicate harmonising and howling, La Havas’s emphatic emotional paroxysms on the chorus enrich the song’s content, of a person craving a love interest to the point of addiction.

Although Blood only features ten predominantly short songs, the myriad flashes of brilliance render the album’s brevity irrelevant. Fittingly titled, ‘Good Goodbye’ is a sentimental ode to her listeners - inhabits of a “wondrous world.” Similarly to the ensuing tracks, Blood’s poignant finale simultaneously showcases La Havas’s burgeoning ingenuity and blossoming maturation as an artist. Concluding a cohesively stellar album, La Havas provides a 'good' sonic goodbye. Fans can only hope that the 25-year-old’s "goodbye” is not permanent, and she will keep releasing premium material.