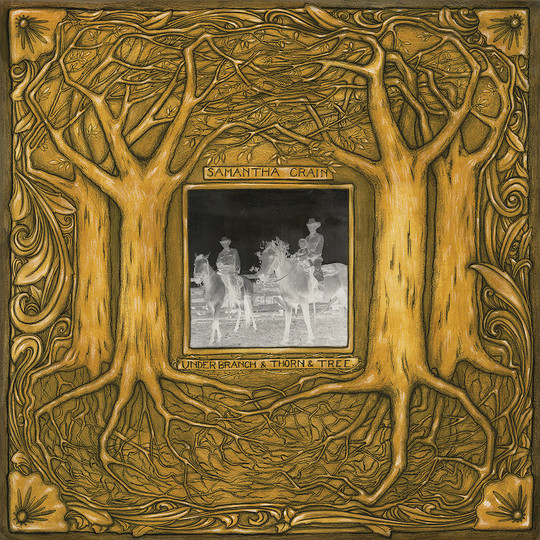 Reviewing is tough. For one thing, music is an entirely subjective thing – the response an album or a song, or even a moment in a song evokes in listener is an intensely personal and individual thing. How does a writer quantify that response? How is the opinion of this writer any more valid than the opinion of anyone else? It probably isn’t. Arguments rage about whether there is such a thing as music which is objectively ‘good’, ‘great’ or ‘bad’. This used to happen in pubs. It probably still does but now it also takes up large portions of people’s work days on internet forums. Another issue with reviewing music is that the reviewer has to listen music they’re writing about, whether they want to or not. This runs the risk of creating resentment, as the task of listening to what would otherwise be a really decent album becomes something of a chore, getting in the way of something else.

I have to be honest, this is how I felt about Under Branch & Thorn & Tree, the really quite great, John Vanderslice-helmed fourth album from Samantha Crain. Try as I might, I just couldn’t get it. There’s no earthly reason why this should so hard. Her world-weary, sometimes mournful, acoustic story-telling, best exemplified on ‘Elk City’ and ‘You Or the Mystery’ is, when invested into, truly powerful. Throughout the record, the augmentation of strings adds layer upon layer of tension and cinematic scope.

Things really hit their stride on ‘Outside the Pale’. It has all the elements of a classic song. It could be a hit on the radio, or in a singles chart, if such things were worth anything anymore, but more than this, it has the potential to become a modern classic. The choked strums of Crain’s guitar and a staccato string melody herald the song’s introduction, quickly augmented by a syncopated drum figure and a mid-range vocal from Crain, then it all comes apart into a glorious, sweeping moment of languid strings and rhythm section as Crain intones the song’s title. It feels like a serious rock song, but is carried off by strings that wouldn’t seem out of place on a Radiohead album track, and all the intensity comes from only a few acoustic instruments, enabling Crain’s vocal to have its finest moment on the record. Quite seriously, this track could, and should, be in the running for some kind of song of the year poll. If you listen to nothing else from this album, make sure that you give this track due time and attention.

‘Big Rock’ takes things in a decidedly more musically joyous, barroom stomp Country direction. Again, Crain’s effortless yet potent vocal is the centre of things, as she seems to sing about making a box for herself to hide in, appropriating what is normally a downhome positive genre for her own more maudlin ends.

So, as Full Time Hobby continues its impressive record of delivering underground singer-songwriters in to the wider consciousness, what’s the moral of the story? Even albums you don’t want to listen to are worth your time. Sorry to Samantha Crain that it took me so long. Don’t make the same mistake I did.