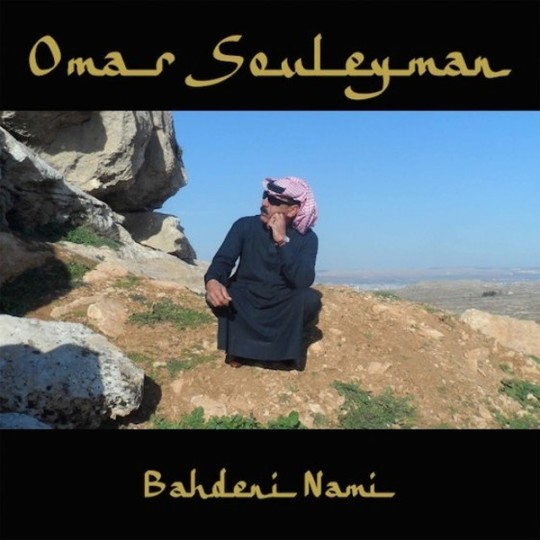 'His most personal recording to date,' the presser said. Uh-huh. Sure. Do strobe lights and throbbing headaches and a thousand stomping bodies sound like an intimate evening to you?

Don’t get me wrong. I dig that Middle Eastern desert flair in music as much as the next guy. But I’d like to think that Western consumers have developed a much more sophisticated picture of the world and its cultures – we should know by now that, like our current faves Mbongwana Star, other countries aren’t standing still. And this is what irks me about Omar Souleyman: as Syria’s 'biggest musical export', he sounds like he’s bankrolling on our stereotypes of the East and reinforcing that camel-riding image for the mass market.

It’s not hard at all to describe Bahdeni Nami: imagine what you consider Arabic music, add two blokes improvising the hell out of it, and toss in a bumping club beat. SHAZAAAAAM - there’s yer album.

And while three other producers were roped into this affair, you’d be hard-pressed to discern each one’s 'style'. The same instrumentation permeates throughout – polyrhythmic hand drums, a sez, rolling basslines, and keyboards tuned to sound like snakey flutes – and so each track stumbles into the next one with little ceremony. Gilles Peterson at least tries to distinguish himself with some flashy, new wave-y air drums on 'Tawwalt El Gheba', and Modeselektor gilds 'Enssa El Aatab' with similar catwalk-y tweaks, but otherwise the guests do little more than reproduce Souleyman’s tunes as cleanly as possible.

Mind, that makes Bahdeni Nami a very cohesive product, spick and span and pleasing on a technical level. But you don’t get the sense that any of the three producers took this material very seriously, i.e. that Souleyman’s work can be enjoyed at any depth beyond the dance floor. Each mix stretches on and on, usually to the eight-minute-mark, thumping along within identical start-stop-noodle-stop again structures. I suspect that Four Tet is only here because Souleyman wanted some cultural cache, and because the gig paid way better than most indie labels.

The only redeeming factor to this album is Legowelt, who stripped the noodling away from the title track for a savage alien remix. It’s light years away from Four Tet’s conservative treatment, but still a slave to the pulse. There’s also a slower ballad respite somewhere in the middle ('Darb El Hawa'), but that doesn’t stray too far from the formula, either.

Final words: Bahdeni Nami is nothing more than a dull and flat dance record, dressed in the trappings of the 'exotic' and 'worldly'. Someone in the marketing department must be cackling with glee at his or her plan to woo us dumb Westerners into buying it.