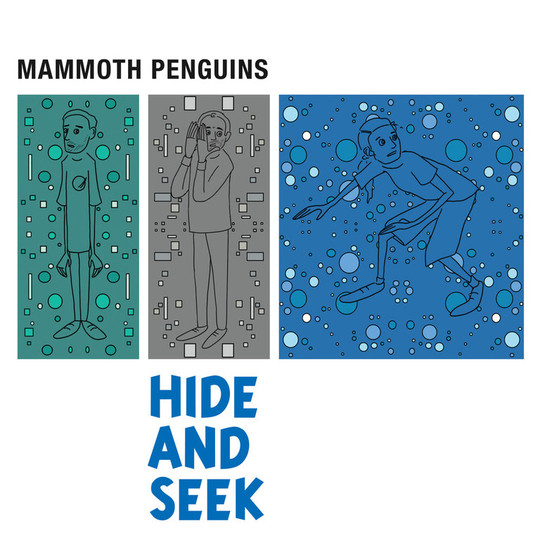 Is there a better British indie label than Fortuna Pop! right now? In the last 12 months they’ve given us Joanna Gruesome’s Peanut Butter, Evans the Death’s Expect Delays, Martha’s Counting Strong, plus brilliant work from Allo Darling, Milky Wimpshake, September Girls, Flowers, the Spook School and er, Tigercats… (Alright we didn’t like that last one quite as much but the point stands); this a label with exceptional quality control and when a new album emerges from one of their increasingly-ridiculousy-named rosta we tend to pay attention.

Mammoth Penguins’ Hide and Seek slots right into that list, silly band name and all. The new project from Emma Kupa, formerly of the brilliant Standard Fare, is not quite the shiniest indiepop gem of the year, but delivers enough on its potential to keep the label's hit-rate comfortably on target.

Kupa switches from bass to guitar here and the results are both noisier and a little more straightforward than her previous band; her characterful voice still carrying masses of charm and the messier, grungey approach bringing a strength all of its own, aided by a clutch of cheerful hooks and riffs that contrast nicely with lyrics dealing mostly with heartbreak and misery- which is what indiepop is all about, of course.

Opener ‘Work It Out’ sets the tone: power-pop chords, fuzzy bass and whirlygig hooks with a Sixties girl group-break down in the middle. The whole thing wraps up in two and half minutes and you’re still humming it a week later. Better still is ‘Cries At the Movies’, based around a classic motown rat-tat-tat-a-tat back beat and a wonderful minor-key chord run, broken up with little Smithsy stings. Best of all are ‘Strength In My Legs’, a new-wave hymn to Kupa’s own inadequacies and self doubt (”I wish I had more strength in my legs, more oxygen in my chest...I wish I had more sense in my brain to figure it out”) and ‘When I Was Your Age’, a mid-paced rocker contrasting ever more fanciful boasts of an exciting past (”When I was your age I’d toured with Blondie, when I was your age I’d practiced polyamory,”) with a present in which the protagonist is “28 years old now, what have I got to show? I’ve got a job, I live in a rented house, I’m going nowhere”, leaving the album, frankly, on something of a downer- a trick we tend to approve of.

There’s problems though- this is the new trio’s first album and there’s definitely a sense that they’re feeling their way through it. Hide and Seek isn’t exactly overburdened with ideas - guitar tones and tempos barely change across the record, and the band get away with the sessiony, underproduced feel only because they’re sensible enough to keep things brief and snappy. When they do break the template, on the spiky outro to ‘We Won’t Go There’ or ‘When I Was Your Age’s more laid back groove, it gives us tantalising flashes of what Mammoth Penguins could achieve - the next album should be a doozy.