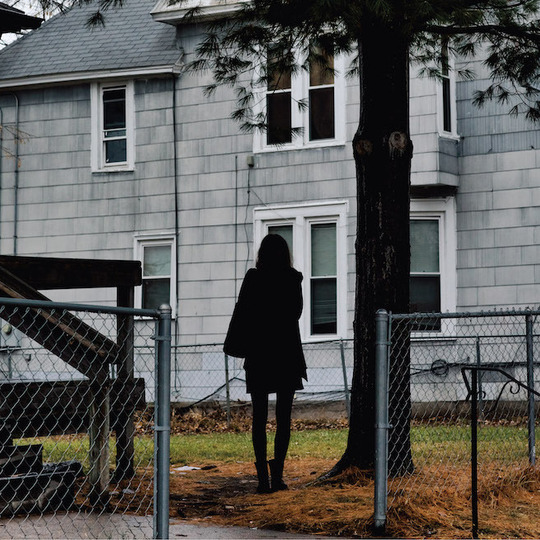 An acoustic guitar strummed in elegantly offhand fashion. A penetrating, wistful vocal that at times sounds like it’s being dragged up through its owner’s throat by weary will alone. A simple, crystalline melody. Kristian Matsson’s fourth full length as The Tallest Man on Earth starts in familiar, very welcome fashion. But then something happens. It’s an almost imperceptible shift at first: a bed of tasteful, sympathetic background noise - synths, strings, backing vocals - gently fades in, making a twinkling mix. It disappears. Then, with a whir and a rush, it returns and the song disperses into a shimmering starfield. Where Matsson’s songs were previously a dusky sky or a forest of pine, this much wider and deeper. It dwarfs and inspires equally.

‘Fields of Our Home’, the song in question, is at once familiar and startlingly different. Matsson’s voice is singular and prominent, then joins the elysian choir and becomes lost in itself. It’s the most widescreen treatment of his career by a Swedish country mile. Fans of a sensitive disposition should steel themselves for the change, but will be unable to do anything but surrender to it. Its message is, conversely, as unadorned as pretty much any previous Matsson lyric: you’ve got to go through the tough stuff. “What if I’d never been through fines of sorrow? ... what I’d never seen through that to the fields of our home?”

As well as being a flat-out gorgeous opener it’s also a canny one, setting the pattern for a record that sees a wholesale adoption of new sounds that act as a comfort blanket, guarding against nocturnal nagging insecurities that are newly forthright, dragged to the daylight. The more he exposes himself lyrically, the more Matsson compensates by burying his emotions in layers of sound. He’s always been a songwriter who’s illuminated his surroundings with allusions to the natural world, albeit acting like a prism in his wayward style, now the difference is that the emotional filter is switched off.

There are reasons the troubadour’s troubled this time. Written quickly - though the results never betray any haste - and often on the road, working in the wake of a failed marriage and loss of a close family member, personal circumstances mean Matsson’s never had as much to process before. And he only knows to express his pain directly, by systematically stripping himself down. But when you’re just a guy with a guitar the only way to do that musically is by building yourself up, and the melancholy of this set of songs is curiously emphasised and eased by their frequently playful, expansive arrangements.

It also allows him to cover new ground. ‘Darkness of the Dream’ and ‘Timothy’ have drums (DRUMS!) on their frisky canters, elevating rustic strums to something more urbane and knowing. The wonderful Celtic bar-room quicksteps of ‘Slow Dance’ and ‘Sagres’ feel like a wanderer has pitched up at the local and casually delivered the best songs you’ve never heard. The latter draws the central admission from Matsson as the music stalls that ”...it’s just all this fucking doubt”, showing the oblique lyrics can be exhausted to capture the turmoil, but the music’s there to soothe and encourage instead.

The record was made in tandem with producer BJ Burton, instruments recorded at Matsson’s home in Sweden and vocals tracked later in Wisconsin. However, its sheen doesn’t neuter its feel, which is vital for such an earthy talent. Footsteps, sighs, coughs, spoken asides, pops and guide vocals are all caught and retained, making it feel pleasantly worn and warm. That said, and as necessary and understandable the shift in approach is, you can’t help but miss Matsson’s grittier side a shade. But this is really to compliment his talent; it’s no exaggeration to say he’s peerless when playing unadorned, and it’s a shame to bury or sever what was at times an almost numinous link between artist and instrument. Only traces remain - ‘Singers’, where his spry fingerpicking is gently subsumed by delicious see-sawing strings; the ragtime of ‘Beginners’ that’s polished by preppy backing vocals; and the title track’s little acoustic filigrees.

Of course, that's tempered by the three existing records of such material, and Matsson always keeps moving. There may be less outsider allure now that he’s opened his heart, but his fourth consistently good LP in a row casts his authenticity in emotional honesty for the first time while expanding his musical palette beyond all expectations. “Oh fuck,” he croaks as its last words just as the dam breaks on the song's acoustics and a flood of luminous instrumentation pours forth. It could be a realisation that the pain that was at times unbearable is now in the light, but it makes for a wonderful listen.