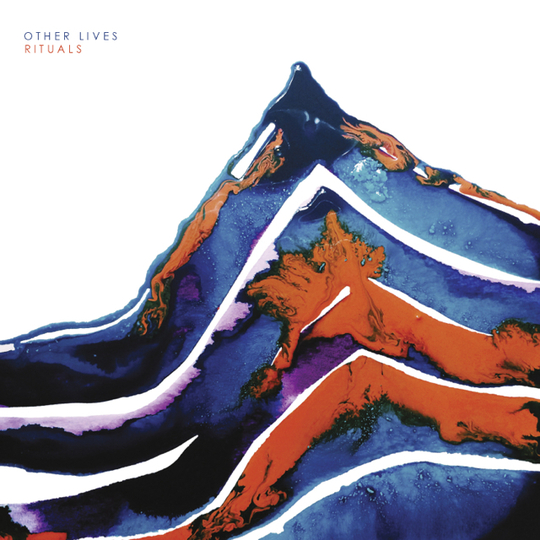 I always thought of Other Lives as an interesting band - Ever since their haunting breakout song 'For 12' landed back in 2011, I saw them as a curious little thing - a folksy indie band with just enough to mark them out from the glut of other gentle folksy indie bands that seemed to be on every TV advert from 2011-2013. They had a darker side, a lilting string section and an obvious penchant for Morricone atmospherics.

So, when Rituals rolled into my inbox, I was excited and curious to see where they were at nearly four years down the line. The answer is, sadly, a little confused.

That's not to say that this album isn't without its charms, because it has a lot of them, but for the most part, it seems like a wasted opportunity. On the face of it, not much has changed - the string section is employed generously, the reverb levels are nearly always maxed out, and the gentle coo of singer Jesse Tabish is there in spades, but as for anything else, you're kind of left wanting.

It would've made for a far more interesting record had they stripped back the excessive production that seems to suffocate their songs here, and let the strength of their writing carry the album.

There are great little ideas trying to get out, but they keep getting smothered in over-generous layers of reverb and cluttered up with pointless electronic elements, such as the drum loops that feel a little out of place on the album's opening three tracks. That you don't hear them again on the rest of the album speaks volumes, and its almost as if they got bored of trying to shoehorn in this stuff themselves. Had the record been an experiment in doing more with less, it would've been to their benefit - here, it seems that it's business as usual, and whatever attempts at change there are seem to miss the mark a little.

Still, when they get it right, they absolutely nail it - the middle section trio of 'Beat Primal', 'New Fog' and '2 Pyramids' are up there with the best stuff they've ever done, and are undoubted highlights of the album, but it's all a little lost in the near hour long running time, spread fairly evenly over 14 tracks. It feels like a long album, and after a while, the thing starts to coalesce into one great big fog of strings, plodding drums and gentile guitar strums, so you have trouble identifying where one track ends and another begins.

It's a pleasant enough experience on the whole, but could've been so much more - and that is what's so frustrating with Rituals - the songs, by and large, are absolutely fine, it's just that the way they've been presented feels like a band trying to do something, but not exactly sure what.