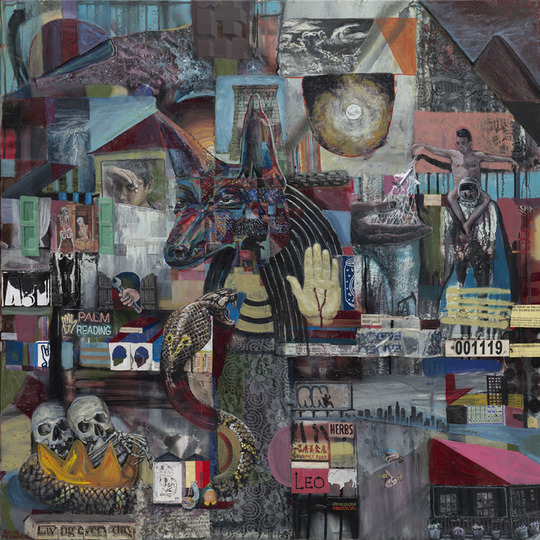 The release of the second, self-titled album from Seattle sextet (that has a nice ring to it doesn’t it, shame I didn’t come up with it) Rose Windows carries an extra poignancy with the group's recent announcement of their immediate disbandment. So what could have been a strong step in the right direction and a statement of future intent instead becomes a posthumous memorial to an act of great promise. In the statement announcing their breakup, the band are clear: 'The music we’ve created will always be close to us and remind us of all the beauty and love the world has to offer. We only hope that it will continue to do the same for all of you.'

So, what beauty are Rose Windows leaving us with? The nine tracks on this second LP vary widely. Sometimes, as on the closing pair of ‘A Pleasure to Burn’ and ‘Hirami’, Americana is the order of the day. Lead vocalist Rabia Shaheen Qazi has a tone smooth as silk as she slides above and around the piano of David Davila and Richie Rekow and Pat Schowe’s inventive and effective rhythm section. ‘Glory, Glory’, a fuzzed-out slab of stomping wah-wah is at the hard-grooving other end of the spectrum. ‘Strip Mall Babylon’ combines the best bits of both, with a playful edge as Davila’s organ counterpoints the lead guitar of band leader Chris Cheveyo, allied to the flute of Veronica Dye. ‘The Old Crow’ is another stomper, built on a rock solid beat, some gorgeous bluesy chordal inflexions and a swaying rhythm which would get my hips moving if my hips moved at all (they don’t). Perhaps herein lies the problem for Rose Windows. They are (or were) a band proficient in many styles. Often hinting at the bombast of Led Zeppelin, but never really going all the way there, they appear slightly hamstrung by the diversity in the songwriting of Chris Cheveyo. The album only features nine tracks, but somehow still contrives to feel over-long and lack cohesion. In this time of albums which seem to get shorter and shorter it is a surprise to find a nine-tracker which feels such a chore.

As the members of Rose Windows move on to new endeavours, there is plenty to be salvaged. The soulful ‘Blind’ is, in my opinion, the best song here, with a nice slab of funk lead guitar and a false crescendo or two which leads the listener to think that the song is about to explode without ever really letting rip entirely. In fact, what ultimately happens is that the promised squall subsides in to a gentle strum. Perhaps this is the unintended epitaph to the work of Rose Windows. With what I can imagine would be a collection of songs that would work beautifully in medium sized to larger clubs, and the potential to develop an awful lot further, it seems sad that this development will now not take place. Listening to Rose Windows gives rise to, in more ways than one, a sense of what might have been.