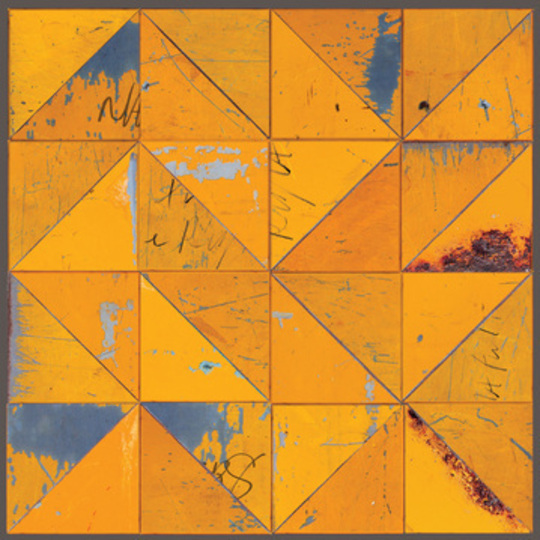 It has long been a treasured fact, for those in the know, that Enablers are one of the finest underground rock bands in the world. They are also one of the hardest to pin down. On one hand they can be eerily reminiscent of Slint, thanks to their use of that group’s pioneering adaptation of quiet/loud dynamics and Pete Simonelli’s largely spoken vocals. This latter characteristic has also led to frequent comparisons with the Fifties beat poets. Then again, there is something more muscular about a large amount of the band’s output. Shades of Shellac can be found in some of the more abrasive moments of the Enablers catalogue, which also tend to bely the fact that guitarist Joe Goldring played in Swans during the infamous period surrounding Soundtracks for the Blind in the mid-Nineties.

There’s more than a grain of truth in all these descriptions of Enablers, but none of them really do the group full justice. A band of shape-shifters, whose sonic identity rests largely in the shadowy regions between those of various other alternative path-builders, The Rightful Pivot is the fifth Enablers record, and it might just see their profile go up a notch. Not only is it a very fine record – almost indisputably the group’s best to date – but it also acts as an expert guide to the multi-faceted Enablers sound. Simonelli is always reliable, a storyteller who has managed to adopt beat stylings without alienating listeners whose literary interests reside elsewhere entirely.

The nine minute ‘Look’ is, taken at face value, the most obvious track here. It makes use of common post-rock techniques, and at points may even be said to resemble some of the acts at the prettiest end of that somewhat over-developed genre’s spectrum, such as EF and Explosions in the Sky. There is, however, a pace and tonal feel to the track that transports it somewhere else entirely. The dilemma Enablers have faced at times over their career is how to offer urgency to a sound that is best left to develop organically. Rather than being slow and ponderous, The Rightful Pivot flows eloquently and elegantly throughout its forty-one minutes.

The result is a taut, well-balanced record that moves swiftly when it needs to and lingers elsewhere. ‘Went Right’ ticks along menacingly as the record’s opener. ‘She Calls After You’ and ‘Solo’ are more reflective pieces, but never collapse into navel-gazing dreariness. ‘West Virginia’, meanwhile, provides a comprehensive indication of the quartet’s ability to eke out bristling tension in a claustrophobic musical setting. Pleasingly, ‘Enopolis’ encompasses all the greatness of this album’s pacing, closing The Rightful Pivot majestically with a titanic final five minutes.

“There’s an urge to be moving on”, Simonelli tells us during ‘She Calls After You’. More than any other line here, this sums up ]The Rightful Pivot. Enablers have grafted their way towards a post-punk approach that enables them to accentuate their core attributes whilst simultaneously articulating clearer than ever the restless energy that has always been at the heart of their music.