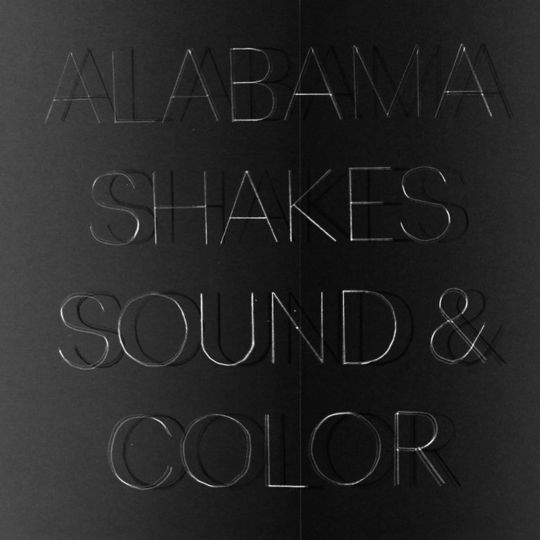 You could get your head around Alabama Shakes' Brit/Grammy nominated, million selling debut, Boys & Girls pretty easily- it was that throwback rock & soul album, entirely Seventies, entirely warm, channeling a smidge of Detroit garage rock and a LOT of California sunshine.

While the none-more-vintage approach of making an Eagles album fronted by a raw-voiced soul diva could have wound you up the wrong way, that 'soul' element was more than just a genre convention, it felt genuine- this really was music of the soul, it carried a natural authenticity. Plus they had a single everyone thought was Kings of Leon. It was a winner.


More of the same would have been the obvious, easy, and commercial sensible maneuver, so it’s to Alabama Shakes' credit that Sound & Color goes out of its way stretch the formula. While the debt is still to the Sixties and Seventies sounds of Muscle Shoals, of Otis and Aretha, and a big slab of late-era Beatles, the quartet work hard to make this a sonically interesting journey. Boys & Girls was satisfying precisely because it did everything you expected it to, following its soul/rock direction down long-established grooves; Sound & Colour works for exactly the opposite reasons, playing its cards close to its chest and operating a policy of extreme restraint. In many ways it’s a deconstruction of those old soul-rock tropes, stripping them back to their barest essentials, hoovering the cocaine indulgence away and creating a sonic language of effective minimalism. Often, as on ‘Don’t Wanna Fight’ or the album centerpiece ‘Gemini’ the instrumentation is far from straightforward blues rock, it’s full of appealingly odd touches and directions. The band have learned that Brittany Howard’s effortlessly classy and authentic melodies mean they can dig into something more interesting and take the less obvious route: that voice will always provide the listener with a way in. Howard could front Atari Teenage Riot and make them something you could play to your old Mum.

At its best Sound & Color is very strong indeed. ‘Future Peoples’ borrows the light-as-air feel of the Isley Brothers’ ‘Summer Breeze’ and then detonates depth charges of massive, fuzz bass all over the chorus; ‘This Feeling’ is twitchy funk in the Seventies Motown mould, ‘Dunes’ shows the very bones of R&B and isn’t afraid to collapse entirely rather than indulge itself, and ‘Gimme All Your Love’ is pure, smokey class with a jazz-inflected vocal that explodes in genuine desperation over wailing organ and rat-a-tat snare punctuation in the chorus. Its’ breakdown and bass-bumping build up is a close-your-eyes-and-punch-the-air-when-it-kicks-in moment. Best of all is the nearly-seven-minutes of ‘Gemini,’ an underplayed ballad that could have been an OTT epic but is content to keep the tension simmering until it unleashes a charged, minimalist fuzz solo. It takes real skill to say so much with so little.

Elsewhere it can be a little business-as-usual. ‘Shoegaze’ redirects their first album via Young Americans-era Bowie, ‘The Greatest’ is a White Stripes cast-off with a middle section pinched from Abbey Road and ‘This Feeling’ is so laid-back it’s barely there- the one time the deconstruction policy misfires. That said there’s not really a duff track here, and Brittany Howard can wring a killer chorus and a whole therapy-session of emotional beats out of ‘Baa Baa Black Sheep’ if she wanted to. When she’s given something as genuinely soulful as this records’ ‘Miss You’ or as interesting as the minimalist melancholy of ‘Over My Head’ she works real wonders. A classy effort.