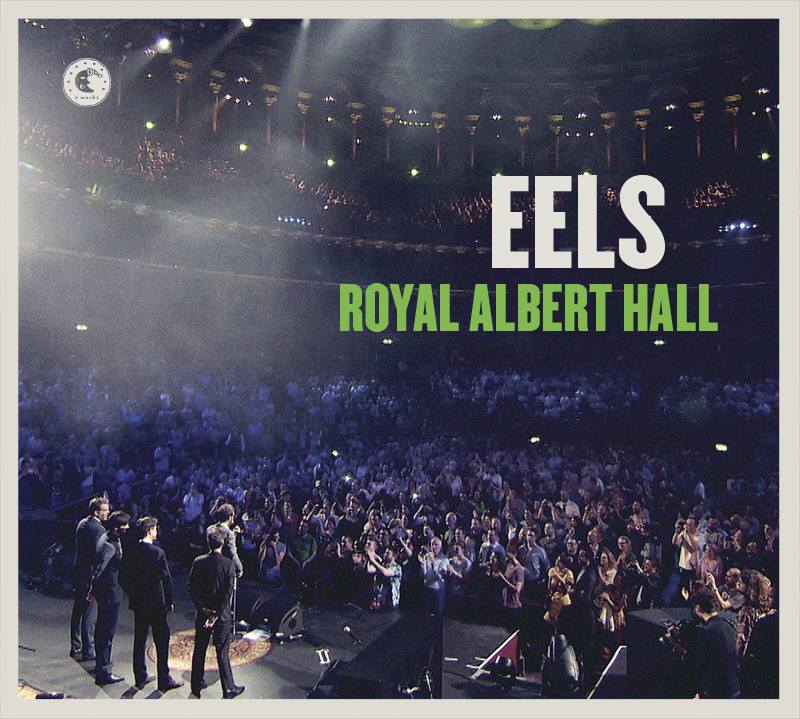 Royal Albert Hall is bursting at the seams with superb reinterpretations of some real classics.»

In May 2014 Eels embarked on an ambitious fifty-three show world tour. Starting in Phoenix, Arizona and crossing The United States and Canada before rolling through mainland Europe and Great Britain, the band performed spine-tingling shows at New York's Apollo, Chicago's Vic Theater, Los Angeles' Orpheum Theater, The Montreux Jazz Festival and The Amsterdam Concert Hall among many others. On the night of June 30th Eels returned to London's legendary Royal Albert Hall for the first time in nine years to play a stunning show that was filmed and recorded. In sharp contrast to the previous Eels tour that found the band in track suits playing high octane electric rock and roll, this Eels show was "a gentlemen's Eels concert," as Eels leader Mark Oliver Everett, aka E, puts it. Filmed by nine cameras in the gorgeously-lit Royal Albert Hall, the new film and album find the Eels dapperly dressed in suits and ties, and all five band members stretching their musical capabilities past new boundaries, playing songs from 2014's critically-acclaimed 'The Cautionary Tales of Mark Oliver Everett' for the first time along with songs spanning the Eels' 19 year career. When they played Royal Albert Hall in 2005 they were accompanied by a string section. This time there are only the five core members of the band on stage throughout the concert, splitting their time between guitar, piano, pedal steel guitar, trumpet, upright and bowed bass, melodica, vibraphone, timpani, drums, concert chimes and glockenspiel. And the results are stunning. The film features the band backstage preparing for the big night and captures the entire show from start to finish, as it happened, including Everett kissing the spot where John Lennon once stood on the stage, making his way to hug fans all the way around Albert Hall's massive floor, returning for several encores, as well as a surprise "phantom" encore where Everett's dream of playing the massive Albert Hall pipe organ for some spooky Eels classics finally comes true. Perhaps as a result of this fantastic show, Eels were quickly invited back for a second 2014 London show and Everett, once heavily-bearded and mistakenly suspected by London police to be a terrorist (while taking a break from press interviews in Hyde Park), was made an honorary citizen of London in a ceremony granting him Freedom of the City.
description from www.roughtrade.com