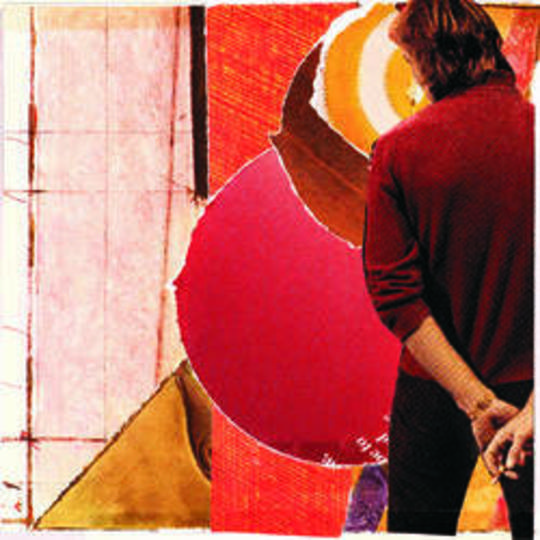 Releasing their debut single eight years ago, The Tamborines – originally from Brazil, but based in London for the last decade – have existed resiliently, but relatively unnoticed, throughout the many phases and fads that have come and gone in UK guitar music since 2007.

While they wouldn't have fitted in overly well in the heady days of the mid-Noughties – all arrogance, Mockney and subsequent several years of embarrassment – the music that The Tamborines have consistently purveyed, a C86 jangle amidst a Creation Records howl, has on a larger scale replaced the silly, misplaced bravado that often prevailed eight to ten years ago: indie music is often now far more similar to what it originally was - sincere, lonely and droll - and The Tamborines were a forerunner of this trend.

Despite this, they haven’t been massively prolific - Sea of Murmur, their second LP, sees them somewhat more subdued than on their first record Camera and Tremor, treading a more delicate path whilst still retaining a satisfying roughness to the production. There isn't, however, a great deal of variation seen here, for all its many strong songs. Then again, I’m not sure there needs to be.

Because not every record has to be a work of genius or a testament to the creativity of the human spirit, sometimes albums can just be albums because they sound good and evoke a certain feeling. Sea of Murmurdoes both of these: a work of understatement and simplicity, The Tamborines show here that less can very much be more.

‘Another Day’ gets things immediately on the right path, the opening “One, two, three, four” immediately highlighting the record’s live feel. The track lilts wonderfully, the refrain of “Something always rhymes with goodbye” cementing the record firmly in the indie pop tradition, whereas the guitar arpeggios bridge a gap between buoyancy and gloominess. ‘Dreaming Girl’ meanwhile recalls Crystal Stilts in its low vocal, simplistic drums and the repetitive strum of its rhythm guitar line, whereas ‘Indian Hill’ is reminiscent of the early lo-fi of Camera Obscura. There are many indie-pop bands who could be referenced here, but the record is by no means a copycat, rather a homage to a genre that has a rare and affecting consistency to its sound.

Although there are many who will find this record to basically sound the same throughout, closer listens earn further rewards, and few of the songs here lack the strength to be a single, although almost definitely not hits. Sea of Murmuris a record that is consistently, obstinately, indie-pop and those who dislike the genre will probably dislike the record. There is nothing here to suggest that The Tamborines will achieve any level of success outside of their admittedly small niche, but within it, they are as good as any.