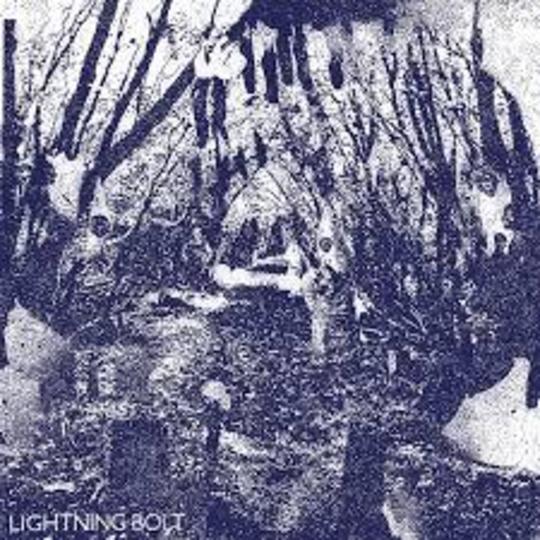 Rhode island’s Lightning Bolt are rightly renowned for their chaotic live sets, that generally see them set up not on the stage but in the centre of the dancefloor, mobbed by their crowd. Even so, while their albums have always been well-received, it’s debatable whether their recorded output has truly captured the unique energy of the gig experience.

With Fantasy Empire, the band are hoping to settle any doubt. In an attempt to represent the ‘total insanity’ of their live performances better than ever before, Lightning Bolt recorded it at the Machines With Magnets studio using 'hi-fi' equipment.

That approach has paid off. Fantasy Empire is a riot of a record, echoing the ebb and flow of a live set like nothing I’ve heard before. Songs? Tracks? Inconsequential. This album is all about repetition and variation, swaying and swaggering, a-spinning and a-weaving. Basslines intermingle and drive forward, snaking around distorted, obscured vocals, reaching high and floating low.

Drummer Brian Chippendale’s machine-gun drumming holds it all together, pairing staccato sections with flowier danceable parts, like some kind of fucked up jazz fusion. At one point, it gets choral: but twisted music-box choral, as though played out of a horror movie basement.

There’s a moment’s rest, A moment’s rest, and back into the pandemonium again, deconstructing and reconstructing second to second. Was that a homage to Iron Maiden? No time to pause, onwards! Rising and rising, peaking with an extended ten-minute jam supposedly called ‘Snow White (& the 7 Dwarves Fans)’.

As a project to capture the energy of a live gig, Fantasy Empire is near-flawless. It’s a visceral, pulsating entity, echoing with tinnitus. It transports you from your actual location to a darkened, humid room, sweating against strangers clutching a cheap beer in a plastic cup while two lunatics throw noise at you from the centre of the dance floor. And there ain't nowhere else i'd rather be.