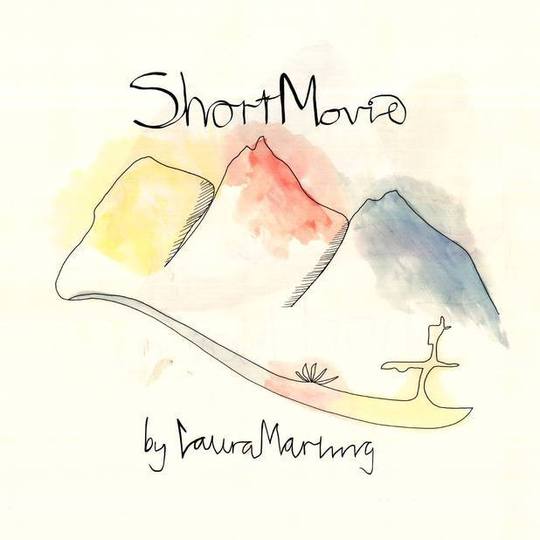 There was a time when releasing your fifth album before you were 25 wasn’t that remarkable: Dylan managed eight, George Harrison nine and Donovan ten, all before their quarter century. Michael Jackson was on his twentieth. That was a different time though, and a different industry. These days getting to five is pretty impressive in itself - most acts drop off the radar way before that. Laura Marling is not most acts. In a career that started just eight years ago she has proven herself to be more consistent and yet more willing to evolve than most in her field. She’s a rarity, a genuine creative free spirit who lets the waves of the world buffet her where they may, until she’s ready to document what she’s seen.

With Short Movie the Hampshire native has, for the fifth consecutive time, made the strongest album of her career, expanding her palette to include electric-guitar-led alt rock (‘False Hope,’ ‘Don’t Let Me Bring You Down’) and percussive drones (‘Strange’, ‘Short Movie’) while retaining the English-rose folk that made her name (‘Walk Alone,’ ‘Easy.’) There’s a clear through-line to her earliest work, yet a clearer progression that points to an evolving artist - which is how it’s supposed to go, of course, but is rarely the case with a Brit-winning major-label star.

Marling, who produced the album herself, lets the rootless turmoil of her recent life inform her choices: she’s spent the last few years moving from LA to London via a fairly ramshackle route, touring with just her guitar up the west coast of America, before attempting to settle in upstate New York to study poetry (her application was turned down.) In that time there’s been relationships, there’s been art, there’s been self-discovery. It seems quite the journey, and like any good folk singer it manifests in her work: Short Movie is a heaving stew of influences, as emotionally informed as the songs she was writing when she was 17 but much less raw. There’s more detachment here than her earlier work, and she holds herself as a slightly-distant observer of her own life. Thus we have ‘Warrior’, in which she styles herself as a “horse with no name,” whose warrior is unworthy of the ride, and while that imagery isn’t quite as bluntly suggestive as it sounds, it’s not entirely innocent either- sex, as much as love, pops up frequently here.

‘Gurdjieff's Daughter’ takes the words out of the author’s mouth altogether as she relates verbatim the advice dictated to Chilean film-maker Alejandro Jodorowsky by a cultist sex-partner (mid act, apparently,) with Marling skilfully slicing the prose into what might be her most straightforwardly-pop song yet -it sounds weirdly like ‘Sultans of Swing.’ Marling answers with her own self-help mantra on ‘Strange’, which has a similar feel of straight prose sliced into stanzas. Here the advice is less spiritual and more pragmatic: ”I can offer you so little help/ Just accept the hand you’ve been dealt and try hard to be a good man.” In both cases Marling’s voice is in new territory, less concerned with pitch and tone, more interested in character and wit. That’s not to say she’s an atonal mess these days- as the spine tingling ‘Howl At The Moon’ suggests, she’s still capable of raising goosebumps. These are creative choices, exploring themes as much in her presentation as in her lyrics.

Those choices are just as present in the production: behind that rich voice and often basic instrumentation there’s a sea of washes and sweeps, pointing at the rootlessness at the heart of the words. Marling does a fine job producing, and the record is full of interesting clatters, rattles and wipes panned wide at the edge of hearing. It makes for an immersive listen. Her playing is excellent too, with far more emphasis on feel and rhythm than folky delicacy.

Short Movie poses two questions: firstly how the hell did Laura Marling get turned down by a poetry course? - her words here are evocative and interesting throughout - and secondly, where could she go next? This is Marling at her finest, but as she’s proved five times in a row, the best is always yet to come.