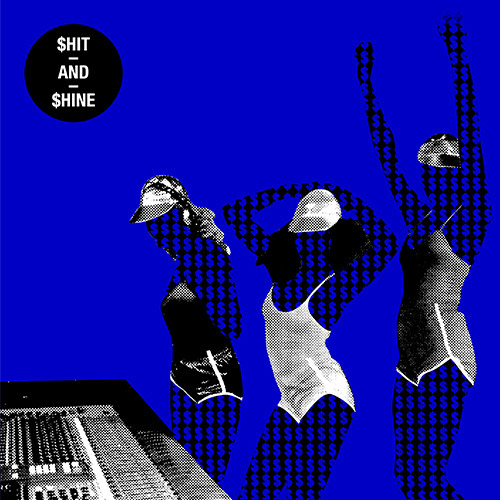 Experimentalism really isn’t supposed to be this much fun.»

Shit and Shine, the mutant brainchild of seasoned transgressor Craig Clouse, have traversed to places that few ordinary bands would dare to venture, and moreover have transcended both genre and sanity in their pursuit of reckless audial endangerment. Taking the repetitive rhythmic drive of krautrock and marrying it to a percussive Butthole Surfers-style strain of acidic intensity. they've carved out a unique niche for themselves as one of the most unpredictable, ornery and - occasionally - outright unpleasant outfits in living memory. Like a robot Can-Hawkwind hybrid in a Phillip K. Dick future, reassembling disco, abstract electronica and noiserock into elegant new shapes, Shit and Shine furrow brows and fry synapses in equal measure. In spite of this new opus boasting a leaner, sleeker attack than that of yore - partly informed by the band's recent releases on Powell's Diagonal records - the same sense of gleeful perversity is abundant, and the same twisted humour ingrained in these grotesque and hypnotic grooves. Where there is rock within '54-Synth-Brass 38 Metal Guitar 65 Cathedral', its essence is morphed and feverishly formulated into extraterrestrial aural landscapes, as on the opening 'Electric Pony 2', which lurches forth like Chrome alchemically reassembling the disembodied spirit of Marc Bolan in a scrapyard trash compactor. Elsewhere, spectres of smooth jazz fusion lock horns with the against-the-grain approach of Aphex Twin, circular necro-Necks grooves are beset by demons. And the abstract funk of 'Love Your Hair-Hope You Win' locks a Larry Graham-style groove in a vortex of digital disorientation. Brandishing an intimidating psychic attack and equipped as ever with both nameless menace and savage wit, rarely has a band made sounding so wrong sound so right.
description from www.roughtrade.com