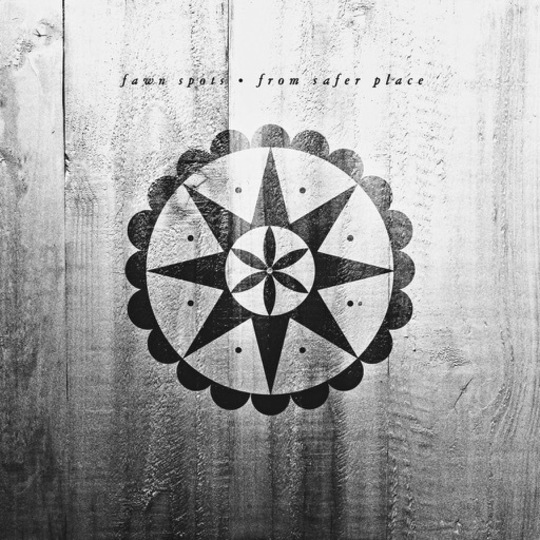 If you’ve been to a small DIY/punk show in the UK in the last four or five years, there’s a strong chance you’ll have been bludgeoned by the force of Fawn Spots’ live show. In a sector of the music community which is fuelled by the blood, sweat and tears of a clutch of hard-working individuals, the perma-touring York trio are one of the most industrious bands around, with a string of releases to their name, as well as co-running the prolific (and excellent) label Bad Paintings.

They’ve hooked up with Critical Heights (part of the Fire Records empire) for the release of their debut album From Safer Place, and it certainly doesn’t appear that this newfound clout behind them has blunted their edge or softened their intensity. Instead, they’re as brutal and uncompromising as ever. Right from the blistering, breathless opening of ‘New Sense’, it feels like the wheels are going to come off at any point. Throughout the song, it almost seems like there’s too much energy to be contained within the confines of the record, as Jonathan Meager savagely spits his words while the rest of the band battle to keep up with each other. It’s visceral, energetic and completely life-affirming.


The act of finally settling down to put together your first album can be a tricky one for anyone to navigate, with the worry of not doing yourself justice or failing to accurately represent your creative vision possessing the potential to eat a band up. While this fear has caused many a debut album to collapse in on itself, Fawn Spots’ choice to self-produce looks to have been key in navigating this pitfall. After a couple of line-up changes and hundreds of shows, it looks as though they’ve developed the confidence to know exactly how they want to portray themselves, and, crucially, the skill to make that a reality. The majority of From Safer Place is a ferociously noisy affair, but this feels entirely organic, driven by the natural anger and the energy of the songs rather than any kind of production wizardry.

While unrelenting fury is a major feature in the songs here, what really brings From Safer Place to life are the curveballs it occasionally lobs out. The impact of the likes of Hüsker Dü is clear, but it’s equally apparent that this is a band who have soaked in influences far beyond the hardcore spectrum. There are a lot of musical ideas crammed into its short running time, something which is demonstrated by ‘A Certain Pleasure’, which essentially represents the album in microcosm. It kicks into life at breakneck pace before unexpectedly and abruptly breaking into bouncy, stuttering interludes. It’s a technique they repeat a couple of times elsewhere on the album, with ‘Black Water’ and ‘In front of the Chestnut’ also feeling like two or three songs that have been playfully welded together. Ultimately, it’s these moments that make From Safer Place a real three dimensional treat, and suggest that Fawn Spots are a band with the potential to evolve in the years to come, hinting at a longevity beyond many of their contemporaries.