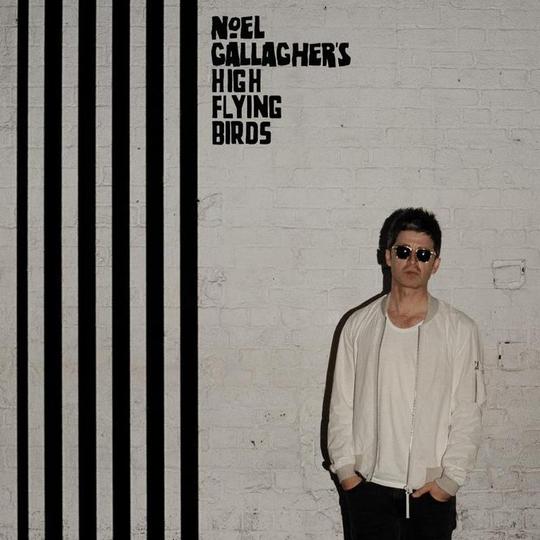 There’s a ton of criticisms you can level at Noel Gallagher and they can pretty much all be dealt with using two words: 'so what?' He’s hugely derivative! So what? His best stuff is behind him! So what? His lyrics are workman like and unimaginative! So what? He keeps repeating himself! So what? The problem with trying to give Gallagher a swift critical kicking is that he’d be the first to agree with you, and the first to not give a crap. As he said himself during a recent interview with the ever-excellent Jude Rogers, 'I've accepted my limitations as a songwriter fucking years ago. I play what I play. I'm influenced by what I'm influenced by, and that's it. I've accepted my limitations, and I work within those parameters.'

You come to a Noel Gallagher album with a set of fairly negative expectations: What’s interesting in the case of Chasing Yesterday is that those expectations are pretty much all met without influencing your enjoyment of the record at all. His way with a melody is still potent, and what’s more he knows how to use the unavoidable sense of familiarity to his advantage. It takes some gall to open an album with the same chord pattern as your biggest hit, but gall is something Gallagher has never lacked, thus the first track here, ‘The Riverman’, starts with the same minor-7th patter as ‘Wonderwall’ (come to think of it, so did Be Here Now). Gallagher repeats the trick a few times: ‘Lock All The Doors’ is basically David Essex’s ‘Rock On’ sang over Oasis’ ‘Morning Glory’ while ‘Girl With The X-Ray Eyes’ is ‘The Masterplan’ muddled with, by his own admission, Bowie’s ‘Starman.’ Somehow the rip offs don’t really bother you - partly that’s because we’re used to Noel pulling this trick by now, but mostly because it’s not an act of creative laziness: it’s a pretty clever tool, drawing you back into Noel-world and bringing you immediately onside without you necessarily realising what’s happened. It’s a bit like sneaking vegetables into a toddler's dinner without them spotting it, or your Mum coming round to read you a bedtime story and adding surprisingly good new bits to your well-worn copy of Charlie and the Chocolate Factory.


He gets away with it because in spite of his reputation, Gallagher has definitely evolved. You get the sense of an artist having grown up a bit: Chasing Yesterday is a tasteful, coffee-table record of decent melodies and a pleasantly Seventies-ish cinematic feel. Hence we have the woozy, bloozy sax that brings us home in ‘The Riverman’, or ‘The Right Stuff’s groove-led move into light jazz, or the minor-key, understated disco of the four-to-the-smartly-carpeted-floor ‘You Know You Can’t Go Back’ and ‘The Ballad of the Mighty I’ (thanks in no small part to Johnny Marr’s perfectly pitched contributions on the latter). It’s a record that’s led by feel, that doesn’t attempt to bulldoze the listener with singer-songwriter cliches. Even in its most Oas-ish moments - the ballsy rock of ‘Lock All the Doors’ or ‘The Right Stuff’’s none-more-Noel guitar solo- the guitars sit back in the mix, and it’s the feel or the groove that set the pace. It makes Chasing Yesterday an exceptionally easy listen that manages to stay just the right side of Easy Listening. An excellent record for Sunday mornings or autumn car journeys, staring at the landscape going by.

Admittedly 'So What?' can only cover so much: Gallagher still writes words with an ear for melody over meaning, and he remains far wittier in interviews than he ever manages in his lyrics sheets. “Turn your page and let it go/like your mother told you so/ life it stretches on for miles/the truth is on your stereo” goes ‘The Girl With X-Ray Eyes’, which might be the most Noel Gallagher line ever written if it wasn’t trumped a few songs later with “I’ll try my best to get there/ but I can’t afford the bus fare/ And the storm that’s rolling over, man, it makes me wanna cry.” ‘The Mexican’ feels like a Some Girls-era Stones pastiche that lets its groove take it way too close to the land of self parody, and there’s at least three tracks here (‘In The Heat of the Moment’, ‘While the Song Remains the Same’, ‘You Know We Can’t Go Back’) that are so slight they depart your head as soon as they brush past your eardrum, though their brief stay isn’t an unpleasant one.

Still, it’s never less than an enjoyable listen and Gallagher can write melodies that aren’t just bullet-proof, but probably bomb-proof, tank proof and Death-Star proof as well. Ultimately Chasing Yesterday manages to both defy and justify expectations, good and bad, and proves itself, whether you realised it or not, exactly the record you wanted all along.