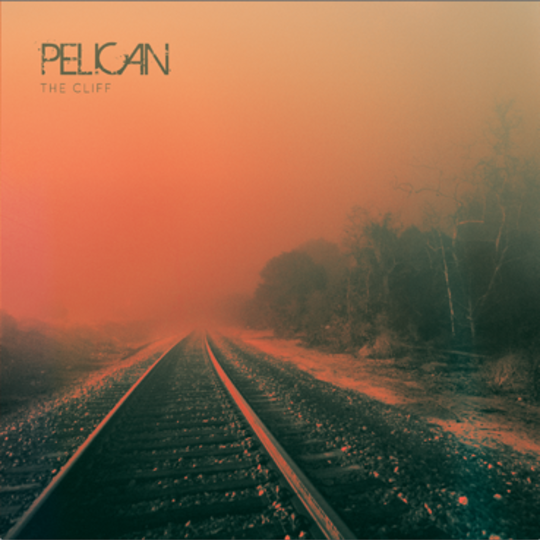 Pelican’s The Cliff EP is an idea that shouldn’t really work and yet kinda does. As fans will deduce from the title, the EP is built around ‘The Cliff’, a track from the band’s most recent album, 2013’s Forever Becoming. The big twist is that vocals have been added to the song, for what is only the second time in their career. The other three tracks on the EP consist of two remixes of ‘The Cliff’ and a solitary newie; one that was supposed to be on Forever Becoming but wasn’t ready in time. If you told me all that prior to my listening to the EP I would probably have declared it a big waste of money.

But, as I said, it works. Considering that Pelican are essentially an instrumental band it’s really interesting to see how vocals add a different spin to their music. Allen Epley, formerly of Shiner, lends his voice, as he did on 2009’s ‘Final Breath’ and he really makes the song more fragile, more tender even. The fuzzy bass, crisp drums and enormous guitars still pound away but when Epley croons “Who do you love?” over the coda it does bring a certain welcome delicacy to the proceedings.

Remixes on singles and EPs, while often a nice idea in theory, are often a mixed bag at best: I can think of precious few that have really stuck with me. Yet, again, here they kind of work, and they have the added benefit of turning The Cliff into a Who’s Who of post-metal (a pretty dreadful term, but one that we’re stuck with now, probably). First up is Justin Broadrick and it’s no surprise that he turns the track into something resembling his solo project Jesu. His remix is twice as long as the original and is effortlessly ambient, dreamy and swirling with beauty and menace. That is, until Broadrick breaks out the synth bass and electronic drums and it veers into Nine Inch Nails territory - again, no bad thing. It’s a very interesting take on the song and it sounds completely distinct from the original, so definitely justifies its place here.

By comparison, the remix by Palms (aka Aaron Harris and Bryant Clifford Meyer of the currently-difficult-to-google Isis) is a bit more prosaic. However, it does have a much more immediate start and brings a heavier and more urgent feel to the track, especially through some excellently busy drum work. Unlike Broadrick the Palms twosome leave in the vocals and the severe echo applied to them adds to the weird, haunted feeling that the remix develops over its playing time. Another thumbs up here.

Finally it’s the original song ‘The Wait’ (sadly no relation to the Killing Joke song of the same name). It starts off mellow and melodic and about halfway through launches itself into a satisfyingly cathartic slab of epic noise that is classic Pelican. It’s a fabulous track and one that ends the EP on a suitably grandiose note. The Cliff may be an experiment and perhaps one for devotees only but it’s an experiment that was worth undertaking and the fans should be very pleased with what they have here.