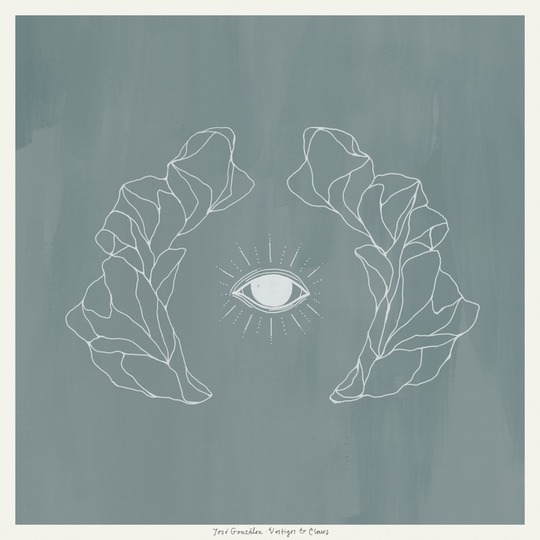 Vestiges & Claws is José González's third solo album, and the first since 2007's In Our Nature. Not that he's been resting on his laurels, mind you: in the intervening period, he's reformed his band Junip after a 12-year-break, with which he's released an album, and composed a few songs for the soundtrack to The Secret Life of Walter Mitty. So although it's been a long wait for González fans, he's been flexing his creative muscles, collaborating with other musicians, and trying out different genres and formats - and his solo music benefits.

He remains true to his style - gently picked classical guitar and a soft, tender vocal. In his own words, this record is 'less minimalist' than In Our Nature, and it's true that the whole sound of this album is far less bleak than its predecessor - much warmer and fuller. To put it crudely, two types of song co-exist on Vestiges & Claws: one purely guitar and voice, slow and gentle, and the other layered vocals and rudimentary percussion, generally more upbeat. But both are united by González's ability to bring a listener into a song, into the room it was performed in. Extraneous noises aren't edited out, and rightly so - these authentic and spontaneous additions bring the tracks to life. It's no surprise that the album was recorded in González's home town of Gothenburg - this a home-grown, country roots affair.

The opening track 'With the Ink of a Ghost' befits its title: it's a haunting, enveloping tune that explores acceptance of life's changes through natural imagery - the mist over the sea and the turning of the tide. 'Let It Carry You' continues the theme, encouraging listeners to 'lose their anchors/ and dance the night away' - to let the water carry their weight. It's a joyful, playful celebration of the beauty of being alive, urging us all to relinquish control and simply enjoy ourselves.

'The Forest' lilts and sways along, showcasing González's admirable finger-picking skills and his knack for beautiful, melancholy melodies. He talks of regret at details missed or questions unasked, ending with, 'Why didn't I see the forest on fire behind the trees?' A couple of songs later, 'What Will' widens the question to a generation: 'What will it be - our legacy?', he asks, willing us to 'fight for a common cause'. But, in spite of this rallying cry, much of the six and a half minute-long song is spent asking this unanswerable question - a message of uncertainty and fear that's repeatedly drilled in.

'Afterglow', one of the album's highlights, is written in 7/4, perhaps to highlight the unpredictability and abruptness of the changing world: "All of this will be gone some day", he intones at the start. The slow clapping alongside González's fluid, sustained vocal harmonies make for an unnerving song that mourns the present in anticipation of the unknown future.

Although the themes in the album vary hugely - uncertainty, fear, hope, regret - the quality and confidence of the music is consistent. It's heartening that there are no covers on this album - a first for González. With Vestiges & Claws, he is embracing his own style, his musical expertise, his lyrical prowess - without any hint of hesitance or the feeling that, in order to make a great record, he needs to feature what's already familiar.