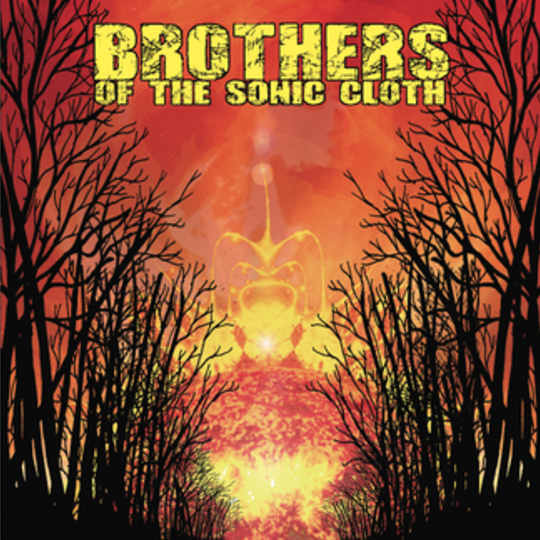 (or: How I Learned to Stop Dieting and Love That Bass)

Thanks to the hard work, dedication and sheer determination of Saint Meghan Trainor, we now live in an über-tolerant post-fattist society where every size and shape is accepted, between-meal snacking is actively encouraged, the gastric band is banned and that “truffle shuffle” scene from The Goonies is (rightly) viewed as a horrifying example of childhood bullying

It is a shame that Saint Trainor was not around to preach her pro-booty gospel 30 years ago. Had that been the case, Tad Doyle from the rock band TAD would have been (rightly) accepted as equally gorgeous as his Seattle contemporaries such as blue-eyed Kurt, naked-chisel-chested Chris Cornell and Handsome Eddie and the Pearl Jams. Instead, every single TAD reviewer ever felt obliged to describe the size of the frontman’s body, as if that was somehow integral to the act of critiquing the music. At '300 lb' Doyle was a 'man-mountain', a 'behemoth' (not to mention a flannel-wearing 'redneck'), thus victim to a size-ist variation on the literary critic Edward Said’s theory of ‘Orientalism’ whereby this flabby ‘Other’ was essentialised into an exotic and uncivilised figure of fascination and repulsion.

So credit again to Mother Trainor for opening our eyes and minds and allowing us to put those bodily-bigoted days behind us so we can assess Doyle’s musical output in a more grown-up fashion.

Tad Doyle just keeps getting heavier (musically speaking). And he was already pretty heavy to start with (again, musically speaking). TAD were much heavier (musically) than the other Seattleites they got lumped in with. Their slow and nasty riffs made even the most 'metal' grungers such as Soundgarden and Alice In Chains sound like that soggy Aerosmith ballad from Michael Bay’s Armageddon. No, it wasn’t solely Doyle’s unconventional beauty that prohibited TAD from wider commercial success; it was also their malevolent music. TAD called it a day in 1998. Doyle went on to form Hog Molly, who released one album in 2001 before also splitting. Doyle keeps grafting on though, bless him, and now he’s back with Brothers of the Sonic Cloth, his (musically) heaviest project to date.

The Brothers, who also feature bassist Peggy Doyle and drummer Dave French, are signed to Neurosis’ Neurot Recordings, which makes sense. This ain’t no namby-pamby cardigan-wearing sensitive dreampop venture to nestle alongside Constantines, Rose Windows and Beach House on the delicate modern Sub Pop roster. “Goddamn, this is real!”, as Steve Albini once shouted at a thousand squirrels. They could just as appropriately be signed to Southern Lord, Relapse, Earache or some underground subsidiary curated by the frowny bloke from Pantera. They are that sludgy. They are so sludgy, in fact, that if they entered a sludge-off against Aberdeen’s leading peat-bog magistrate, they’d beat Wee Judge Squidge-Squelch McSquodge every time.

The record’s riffs are slow and pounding and its drum parts may be largely minimalist but like the underground legends Harvey Milk or last year’s underrated 11Paranoias album, the longer you spend with the Brothers’ morbid music, the more you appreciate the underlying subtleties and textures that lie below its muddy surface. Like Oozing Wound with the brake pedal on, this band are not prone to guitar solos (which are sooooo last millennium anyway) but there are strange feedback squeals and more delicate lead experimentations occurring lower in the mix, under the dominant riffs. The album also gets more playful as it progresses. Its two opening tracks are the most straightforward ones, the relatively short and punchy ‘Lava’ and the snail-paced and guttural ‘Empires of Dust’. ‘Unnamed’ consists of clearer, almost prog-ish sections: a softer, melancholic opening/an epic, slow-riffed bit (with shouting)/an epic, faster-riffed bit (with shouting)/a more anthemic, baritone-sung passage/and a demonic concluding “WAAAAAAAAA!” Even longer is the track ‘La Mano Poderosa’, which swerves unexpectedly into shoegaze territory in its middle. Do they call this Sludgegaze? ‘I Am’, meanwhile, is more of an atmospheric, cinematic post-metal obelisk which will surely appeal to fans of Isis (the much-missed LA band, that is, not the terrorist group or Downton dog).

Ultimately, Brothers of the Sonic Cloth’s LP is so tasty, it’ll have you unashamedly coming back for seconds, and thirds, and fourths, and dessert, and a cheese course, and just one tiny little wafer thin mint...