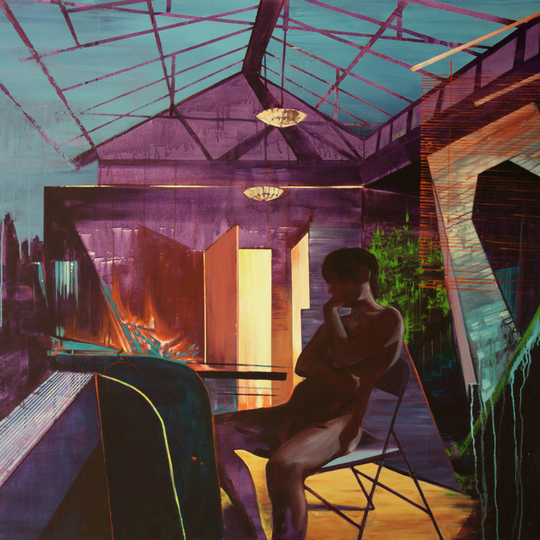 On the luxurious surface, Breakage is yet another tragically hip, dark-electronic record. It's Bat for Lashes wearing Fever Ray's mask to the coolest of fancy dress parties. It pirouettes in a kitchen with black tiles, cold alloy and expensive matte-finishes.

It's a temperature-controlled wine cellar to Purity Ring's fridge.

There's a classiness to the record. The kind of classiness that leaves you feeling a bit ignorant to the well-designed, high-end world it basks in. It's an architect's wet dream, but you fear you've left footprints on the cappuccino rug.

File Sea Change alongside every blog-hyped also-ran of the past decade and be done with it...


But wait… beneath the slick exterior there's a human. She's hiding in plain sight. Oslo-dweller Ellen AW Sunde is quite likely nowhere near as cool as her Scandi womb-pop might suggest.

Searching for the human heart in this record isn't easy, but as the rhythms of these post-Vespertine compositions unfurl, there's an unsettling sensation of loneliness. Rather than an absence of feelings it's a sense of loss that no cool kid dilettante would ever dare share. There's also a longing for this solitude hanging in the air. A sense of needing to escape... into the shimmering synths.

A few tracks in and it all starts to feel a little bit too subtle for its own good. It washes over you a little too easily. As a mist of disinterest descends, the club-lights flicker on and BOOM! The graceful melodies of the album's stand-out track 'Fearless' begin to trickle forth. Those 'ow-ows' ebb and sprawl - not unlike White Hinterland or Sylvan Esso - into a sublime towering feast and this is your first real clue that there's life beneath the ice.

Breakage has a disconnected charm. None of the words seem to say anything-in-particular between the pronouns. A disembodied voice glides through the thrum of rim-shots from the distressed drum machine. It's haunted. It's hurt. It's calling out but it's pretty sure no-one is listening. And it's this [infinite] sadness, that's hard to pin a tale to, which, oddly, wins through.

Approach Breakage like a set of post-hipster party anthems and you'll wrong-foot yourself. Think of it as a party on an island with a population of one and you're getting warmer. This is the work of a synth-loving hermit, who hints that her best is yet to come.