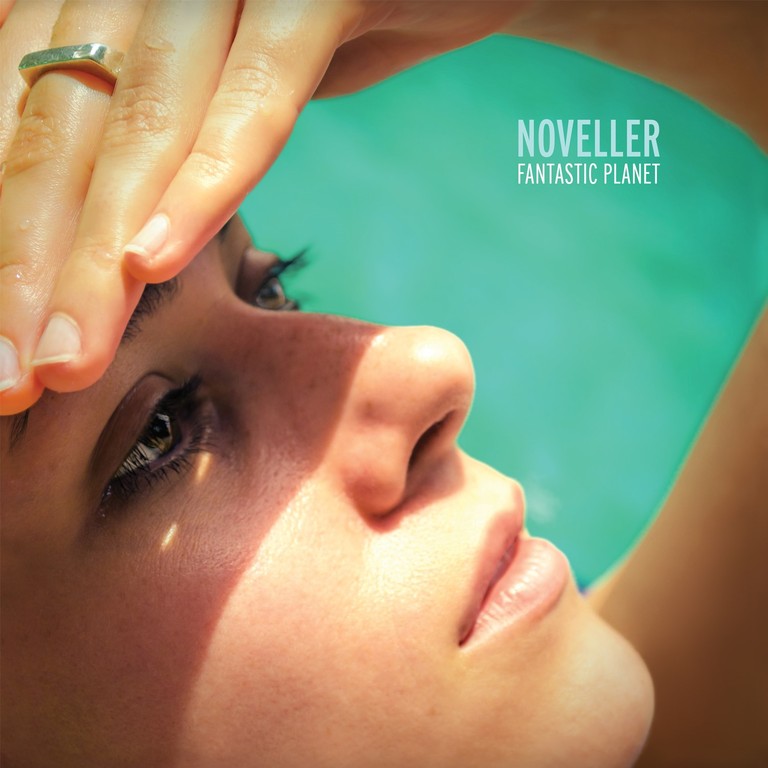 The jury is out on how far Fantastic Planet benefits from being constrained by its determination to fit preconceived structural limits.»

'Fantastic Planet' is the soaring, evocative new album from Noveller, the solo instrumental venture of Austin-based composer and filmmaker Sarah Lipstate. The LP is a journey through eclectic sonic terrain, blending rich waves of synth with soaring cinematic guitar lines, guiding the listener through Noveller's most diverse and compelling release to date. Originally self-defined as an electric guitar project, Lipstate began recording under the name Noveller (pronounced "know-veller") in 2005 whilst living and studying in Texas. She uprooted to Brooklyn and subsequently made waves on New York's live scene and internationally, sharing the stage with the likes of Six Organs of Admittance, St. Vincent, Xiu Xiu, the Jesus Lizard, U.S. Girls, Aidan Baker and Emeralds, whilst capturing the attention of NPR, The Village Voice, Time Out New York and The Wall Street Journal. Noveller's prolific output has seen her release albums via No Fun Productions and her own imprint, Saffron Recordings, including the Desert Fires LP and the critically acclaimed Glacial Glow. She also released a split LP with unFact (David Wm. Sims of the Jesus Lizard) and has collaborated with several renowned musicians, including live improvised duo performances with Carla Bozulich (Evangelista, The Geraldine Fibbers), Lee Ranaldo (Sonic Youth), and JG Thirlwell (Foetus, Manorexia). She has previously performed as a member of Cold Cave, Parts & Labor, and One Umbrella. Upon returning to Texas, Lipstate developed her signature cinematic soundscapes further, and it was here she completed her spectacular new release Fantastic Planet. It is an album largely steeped in place, both real and fantastical, and influenced by Lipstate's various interchanges and relocations, physical and emotional. Noveller takes the elements of rhythm and synth textures introduced in her previous album No Dreams and expands them to a new level of prominence through her guitar work on Fantastic Planet. From the dark beat propelling "Pulse Point" to the distorted synth on post-punk track "Rubicon", Lipstate pushes her sound in new directions that complement and elevate her intoxicating filmic soundscapes. "Some artists traverse boundaries. Sarah Lipstate's work seems to come from a world where they never existed. Her color-rich visual art has a mournful literary quality to it; her short films trigger collisions of emotional crosscurrents; and her instrumental music, which she makes under the name Noveller (emphasis on the middle syllable), seems to call to attention all senses at once, to the point where even the word music seems somehow limiting." - Time Out NY // "...simultaneously soothing and mind-wrecking noise, along with a compositional depth that most loud-for-the-hell-of-it guitar droners never reach." - NY Press
description from www.roughtrade.com