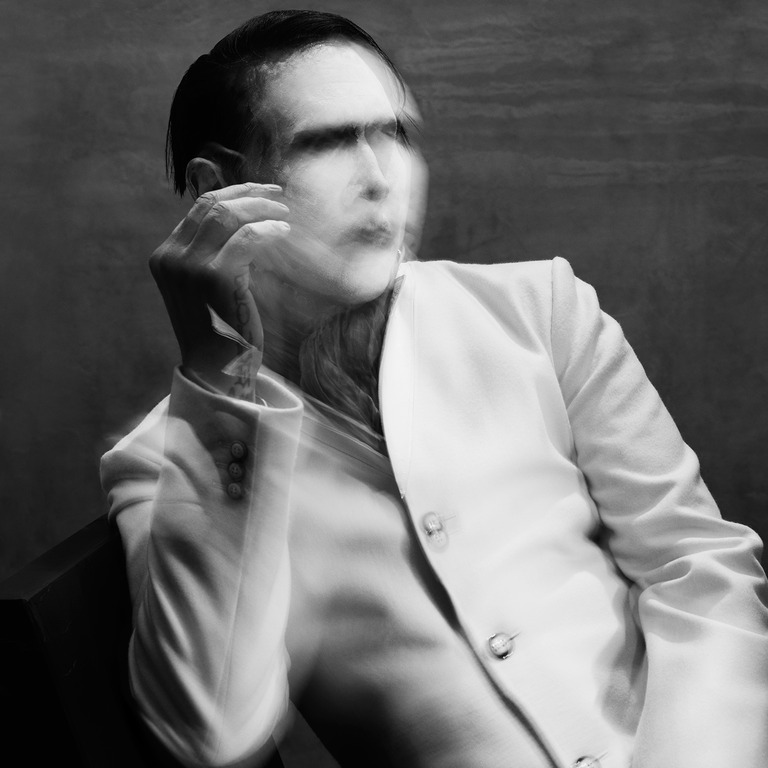 He hasn't sounded this alive in a very long time.»

Conjured from a seance into a true renaissance. This is, without a doubt, bonafide Marilyn Manson. It is all swagger and does not miss a beat on his ninth, newest studio album, THE PALE EMPEROR. The seer, scribe, painter, actor, criminal, panderer of chaos, live performer...oh, and rock and roll demagogue, thee Marilyn Manson roars back above the froth of mass-media and ass mediocrity to deliver a set of soul-stripping, kiss-smearing, church floor-burning songs that stand, unequivocally, his most fully-wrought album since 1998's epochal Mechanical Animals. Marilyn Manson has long had his hand on the pulse; now the pulse again moves to the ministrations of his hand. Since he created a 'band' in the early '90s bearing his namesake in the mangroves of southern Florida, Marilyn Manson has utilized a rotating cast of cohorts to deliver his music and message. Featuring the singles 'Third Day Of A Seven Day Binge' and 'Deep Six', THE PALE EMPEROR is a nod to Manson favourites like Tom Waits, David Bowie, Alice Cooper, Joy Division and T. Rex. In its use of space and texture THE PALE EMPEROR evokes shades of PJ Harvey, The Birthday Party and Bauhaus. Intimate yet epic; this Emperor embodies a purposeful paradox. Wide-screen sonic storytelling is the essence of THE PALE EMPEROR.
description from www.roughtrade.com