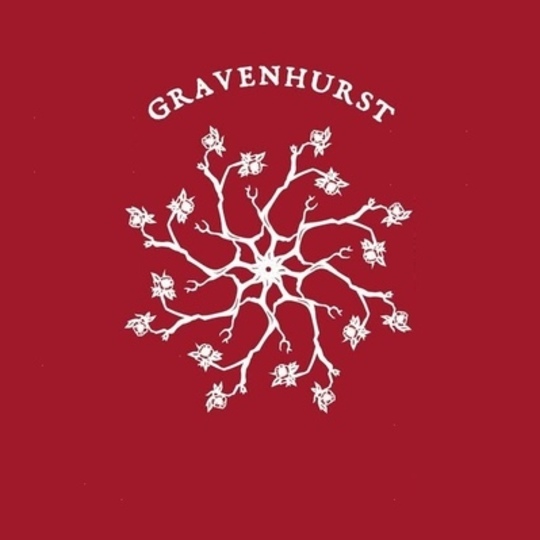 It’s always seemed to me that Warp Records was an odd home for the music of Bristolian talent Nick Talbot, aka Gravenhurst. Whereas, to my uneducated ear, Warp always seemed to provide a home for music of a fairly esoteric, electronic nature, a lot of Gravenhurst’s output, and the vast majority of what is represented on this triple-disc retrospective set, wouldn’t look out of place on the coolest of indie labels. Perhaps that’s one reason why Gravenhurst has never quite received the acclaim he so obviously deserves. Or perhaps that’s why he’s had the space to develop so beautifully over the course of ten years. Five albums of creative, sometimes cathartic, sometimes almost soporific (in a good way), very English folk have been released by Talbot under this moniker. Sometimes the Twin-Peaks-esque bleakness of his lyrics has been augmented by muscular full-band instrumentation, such as on the brilliant Fires in Distant Buildings, and The Western Lands. At other points, it is the plaintively majestic and stark nature of Gravenhurst’s trademark finger picking and soaring vocals which stand out. It is this period we are dealing with here on this ten-year anniversary re-issue.

I’ve always wondered what would have happened to Gravenhurst if he had been signed to a label such as Asthmatic Kitty. One reason for this is that I first encountered him on a night in Nottingham, at a tiny club called The Maze, where he was supporting Sufjan Stevens. Stevens was promoting his brilliant Seven Swans album and was, I recall, spellbinding and transcendent, all whilst wearing a Robin Hood hat (these things stick in the mind). What I find more interesting about this memory, though, is that I distinctly recall leaving the show feeling like Sufjan had been somewhat upstaged by a bespectacled chap with a looping pedal, a plaintive wail, and the single best Husker Du cover I’ve ever heard in my life. That song, ‘Diane’ and the title track from the Black Holes in the Sand EP, re-released here, remain favourites of mine to this day. The experience of witnessing those songs unleashed (if songs which are looped and finger-picked can be unleashed) in a tiny room has stayed with me for nearly ten years. The opportunity to hear those songs, alone, is enough reason to invest in this re-release. Other songs here include ‘Flowers in Her Hair’, a mesmerizing, menacing mini epic, the slow-build of Still Water, and instrumental closer ‘Flashlight Seasons’. There’s a real sense of just-under-the-surface menace throughout this EP. It is a corker and stands strong to this day.

Black Holes in the Sand builds on the slightly less oppressive. Flashlight Seasons, also presented here, and released earlier in 2004, which marked Gravenhurst's first full-length foray on to the scene. This feels like an album in which Gravenhurst as a concept was being worked out. Songs such as ‘Fog Round the Figurehead’ have an immediacy to them which places them almost in Smiths territory, but ‘I Turn My Face to the Forest Floor’ and ‘East of the City’ give a strong indication of where things were headed. There aren’t many singer-songwriters who would take their output to the places Nick Talbot takes his. The change in tone that takes place between ‘The Ice Tree’ and ‘Hopechapel Hill’, which close the album, and the start of ‘Black Holes…’ marks a shift from which Gravenhurst never looked back, and feels slightly jarring on this re-release.

Perhaps of most interest to a Gravenhurst fan in this package would be the third disc, Offerings , a collection of rarities, including the demo of ‘Diver’, which carries a power which is unsurpassed in the album version, as Talbot’s voice echoes out, filling the space. ‘The Citizen’ features trademark picking (notice a theme developing), and a truly spine-tingling chorus. There are, too, four instrumental pieces of great beauty. Really, this album features everything you would hope for in a Gravenhurst release. Satisfyingly drear and drone-like instrumentation and that angelic voice given space to conquer by stealth.

If Gravenhurst is a new name to you, this is an ideal opportunity to experience something truly special. Whilst Black Holes in the Sand stands out for my ears, listening to the three releases in context gives an exciting glimpse of a developing artist who was to go on and exceed the wildest limits of his potential.