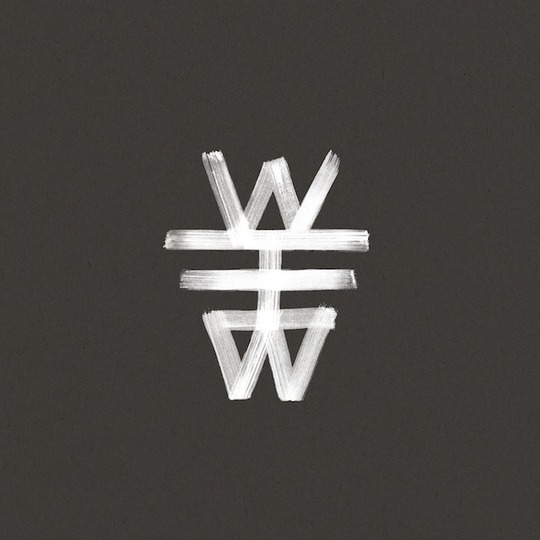 With Christmas coming up many bands are rummaging around for cash-in ideas they can throw out quickly to their fans; expanding existing versions of their last record, or perhaps pulling together a covers album or a rarities collection. Coming on for two years since their debut, Savages certainly need a new product to keep their fans interested and those responsible for their finances must have been overjoyed to hear the band had something up their sleeve for the festive marketplace. Then those same people will have heard Words To The Blind, the band's 38-minute-single-track collaboration with anglo-Japanese artpunks Bo Ningen and presumably shat themselves and burst into tears.

In the running for possibly the least commercial release by a vaguely mainstream indie act this side of Metal Machine Music, Words To The Blind is quite some achievement. The project began life as a run of live collaborations, where both bands played simultaneously, facing each other on a horseshoe-shaped stage. This has now birthed a full release, which is either a song or an album (we’re really not sure which - maybe 'piece' is more appropriate?) partly culled from those initial shows and partly created in the studio. The inspiration here is apparently the Dadaist post-World War One concept of 'simultaneous poetry', in which two artists would perform their work at the same time, regardless of medium or language, with the resulting cacophony creating a new piece of instant art separate from its component parts, complimentary in its jarring opposition.

The comparison is actually a little misleading. Words To The Blind is a far more cohesive work than its Dadaist inspirations would imply: yes there’s two rock bands playing at once here, but for the most part they’re playing the same piece. It’s more like an avant garde punk orchestra, scored for two basses, three guitars (plus an extra one hanging up 'like a gong' on Savages' side) two drum kits and two voices, and while the parts are occasionally clanging together in discord, even the improvised sections feel designed to compliment one another. This isn’t two bands playing wildly different music at the same time - it’s much more intricately worked out than that. The opening ten minutes would seem the truest to the spirit of Dada, with singers Jehnny Beth and Taigen Kawabe reading poetry in their native French and Japanese, but even here the lines are traded rather than clashing, with the voices heavily panned left and right giving the two speakers clarity. The fact that neither is speaking English means that to the ignorant uni-lingual Brits among us, for whom this may as well be Martian and Elvish, the effect is more musical than linguistic.

The work slices into four or five blurred-together movements. The aforementioned poetry introduction grows over ten minutes or so from unaccompanied spoken-word to a sort of atmospheric dark jazz, before breaking down to a bare-bones percussive storm punctured by crashing waves of noise. At around 19 minutes the tempo accelerates into a Velvets-ish cut n’paste art-punk, a largely improvised soundclash that sees the two sides trading weirdo noises as we move into passages culled from the live gigs. Five or six minutes later – and 25 minutes in – we start to get something resembling a more traditional rock song, a dark, insistent, slumbering post-punk monster led by Beth with a definite Savages feel. It disintegrates into a nagging refrain that we’ll hesitate to call a chorus, but which certainly constitutes the only hook in the entire 37 minute, 33 second sprawl. It’s a deep breath before the plunge, as the final section hits you with five minutes of black metal inspired noise, feedback and blast beats, as invigorating as it is extreme. As the final notes give way to the applause of a presumably overwhelmed live audience you’re just grateful to breathe again.

It’s not the sort of record you’re going to reach for very often, but it is one I'm very glad exists. Art for art’s sake is a rare and wonderful thing, particularly from a band who enjoy the attention Savages have received. The pairing with the more frequently caustic Bo Ningen feels entirely natural and one of the real triumphs here is how well both bands work side-by-side. They may have failed in capturing the spirit of the Dadaists, but then it’s unlikely anyone would really have enjoyed that much anyway (to recreate this more accurately simply borrow a friends’ music player and put it against your left ear while you play something from your own into your right until you get a headache.) What we get instead is two bands playing, not in opposition, but in perfect, complementing disharmony.