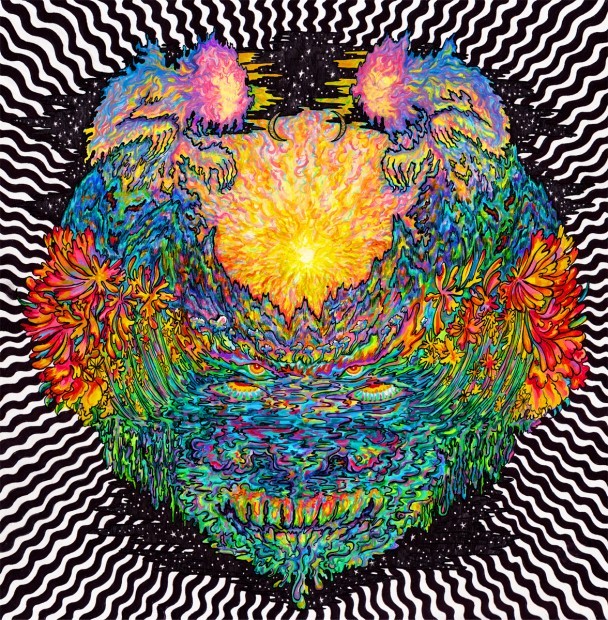 A debut album to surprise and delight.»

Loud, fast, wild - you've heard this all before but you haven't because the Meatbodies are brand new and they're going to dominate your eyes and ears and give you a bangover like you've never had before. Meatbodies initially came about as a solo project for Chad Ubovich after spending the last several years touring in other groups: In 2011, he was recruited by his friend Mikal Cronin to play bass, and eventually guitar, in Cronin's band's first ever tour. While Cronin strummed his twelve-string to his future classic pop songs, Ubovich howled alongside, adding his own brand of wolf-man style to Cronin's live show. Heavy super-group Fuzz took notice of his on-stage prowess and recruited him to deliver Geezer Butler-style bass riffs that could propel Charles Moothart and Ty Segall's songs through the stratosphere. While both of these bands have kept him busy over the past few years, his mind was always on his own songs. He would come home and secretly work on his own material--explosive, crunching, grinding songs with soaring melodies and gentle bridges cascading into torrents of riffs. Eventually he shared his work and allowed Segall to put out a tape of his bedroom recordings on his label God? Records. The tape was well received, so Ubovich recruited several friends with whom he could play around Los Angeles and San Francisco, and people began to see that he was more than just a sideman to his heavy-hitting comrades. Eventually, In the Red took notice and the Meatbodies were added to their roster. Sequestering himself in master studio magician Eric "King Riff" Bauer's San Francisco studio / psychedelic sanctuary, Ubovich busted out an album's worth of songs, barely leaving the small Technicolor underground quarters. Once the tracks were done, he sent them up to Chris Woodhouse to give them just the right final touches of perfectly controlled chaos. And perfectly controlled chaos is what this trifecta delivered. The self-titled record is a sonic experience truly evocative of its creator: Unabashed, unrestrained, beautiful and strange. Riffs for days. It's everything we've come to expect from Chad Ubovich.
description from www.roughtrade.com