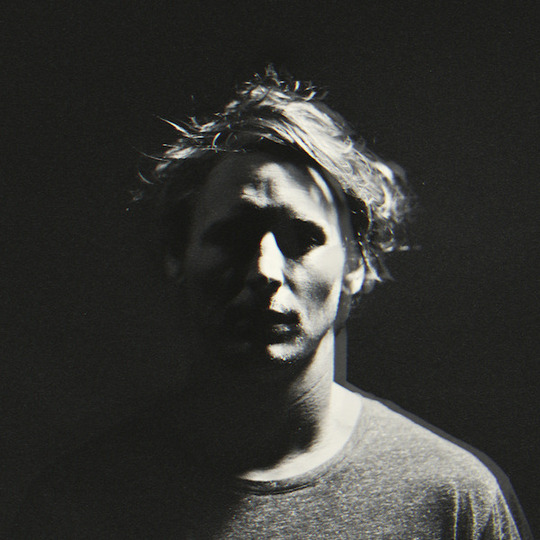 I Forget Where We Were begins, and Ben Howard’s deft guitar strokes come at us in stealthy and measured glides, like the moves of a chess player.

We find Howard moving on from 2011’s Every Kingdom, seguing from the singalong choruses and positive gushes of tracks from that album like ‘Keep Your Head Up’. Instead, Howard has become even more introverted and personal than we saw on the last album with ‘Black Flies’.

Howard’s most obvious folk contemporary would be Ed Sheeran. Both men have released follow-ups to their respective, preposterously successful debuts, but both have moved in divergent directions artistically. This year, we’ve seen Sheeran further push his own brand of big hook love songs onto pre-teens whilst continuing to be part of a one-writer-movement famously penned as the New Boring. Is Ben Howard a part of that same movement? Certainly not, or at least, not anymore.

Produced by Howard's drummer Chris Bond, I Forget Where We Were is a grand, serious affair. It’s a somewhat major departure for the artist, and with the far longer running times (only one song clocks in under the four minute mark), this is certainly not the guitar-pop record Howard might have been expected to make. He dashed our expectations of him when he released the lead single earlier this year, the gorgeous ‘End of the Affair’, with its almost eight-minute run time and intense, ‘Spanish Sahara’-esque climax. It’s certainly not a raucous, hurl-yourself-headfirst down a slide banger by any stretch, but, in Howard terms, it sounds like a fucking hurricane compared to his previous output.

And then there are the hopelessly depressing lyrics about corrosive romance and, as Howard remarked in one interview, 'overall confusion'. Next came the artwork, which is an image that almost screams I’M DOING SOMETHING NEW AND SERIOUS ON THIS ALBUM OKAY? Here we find a monochrome image of Howard putting on the very gloomiest expression he can muster from his handsome features. It’s almost as if he is doing an impression of the empty, morbid look Ben Affleck brandishes for almost the entirety of David Fincher’s Gone Girl.

Moving away from discussing handsome men looking miserable, the album is very much a guitar record that relishes in its depth and scattered rhythms. Howard has given us a record that can be ghostly and sparse, but also more ferocious and biting in sections than anything he’s done previously. Listening to it is very refreshing. When you finish listening to I Forget Where We Were, you can’t help but feel relief and satisfaction that Howard is trying out something new, and succeeding in it. Heck, album opener ‘Small Things’ is almost math-rock in its style, with other highlights including ‘Rivers In Your Mouth’ and ‘Time Is Dancing’.

That’s not to say that the whole project is perfect, however. ‘In Dreams’ and ‘She Treats Me Well’ prove to be something of a mid-album lull. Both tracks are passable ‘meh’ moments, which, if they hadn’t been present, you wouldn’t have really missed them, or cared. But, really, that’s a bit of a small price to pay when everything else on show is so divine.

How could Howard still be considered a part of the New Boring when he’s experimenting like this? Ben Howard could have smashed out another guitar-pop album, and we can be sure it would have sold by the boatload. Instead, (thank the heavens) he decided not to. We can’t be sure Howard’s pre-teen fans will be too pleased they haven’t got a new ‘Keep Your Head Up’, but does he really care? Look at that album artwork; the guy couldn’t give a shit. And that makes him all the more intriguing as an artist.