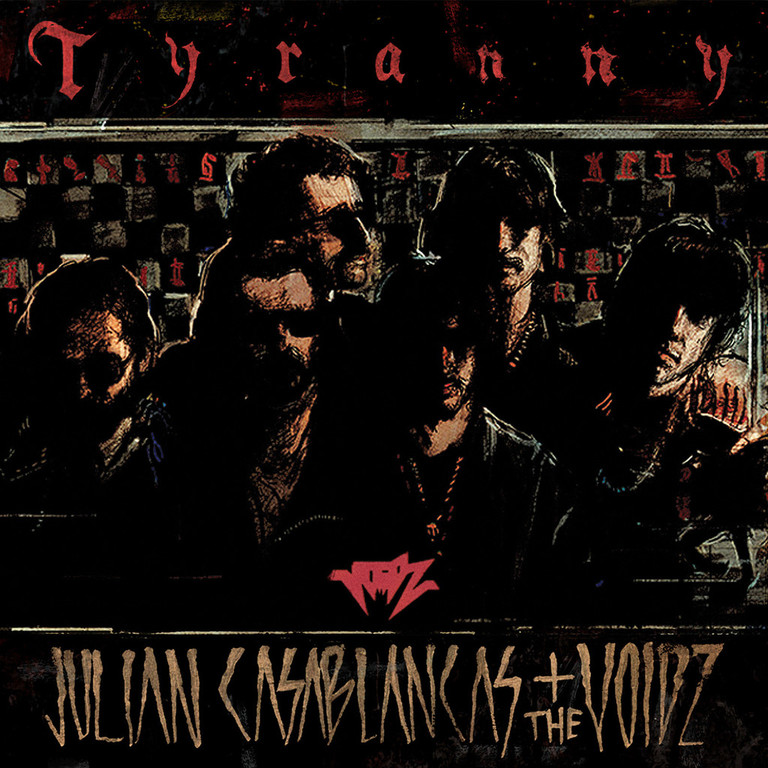 Written and recorded over the past year, the album features Casablancas and Voidz band members Jeramy Gritter and Amir Yaghmai (Salt and Pepper) - guitar, Jeff Kite - keyboards, Jake Bercovici - bass, Alex Carapetis - drums and was produced by Shawn Everett. The album incorporates world underground music from the 70s and 80s, hardcore / punk and modern harmony, using modern and analog recording and sampling techniques. Of the album's title Casablancas says, "Tyranny has come in many forms throughout history. Now, the good of business is put above anything else, as corporations have become the new ruling body. Most decisions seem to be made like ones of a medieval king: whatever makes profit while ignoring and repressing the truth about whatever suffering it may cause (like pop music, for that matter)."
description from www.roughtrade.com