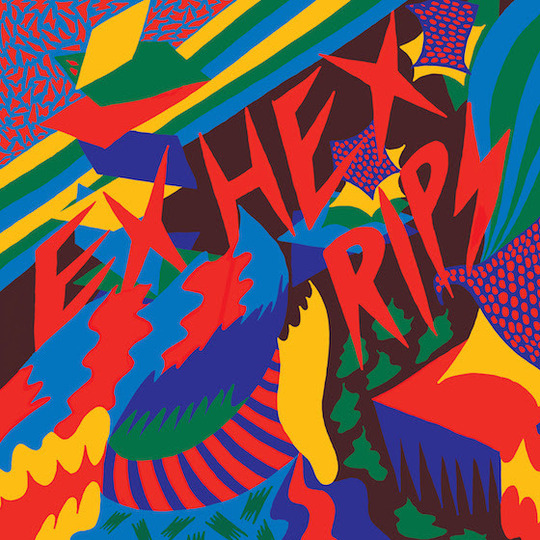 It was bad enough, really, that Sleater-Kinney split - or, at least, went on hiatus - in the first place. The brilliance of their aggressive, crisply-produced final record, The Woods, was testament to the fact that Carrie Brownstein, Corin Tucker and Janet Weiss were at least somewhere close to the peak of their powers when they called it quits. A few years later, two of the three would reunite to turn out a frankly superb, self-titled LP as part of the supergroup, Wild Flag; when modern renaissance woman Brownstein effectively called time on that group, too, to turn her attentions to her occasionally funny sketch show Portlandia, it again felt like a travesty, especially given how smoothly she made the transition from guitarist to frontwoman.

Anybody lucky enough to have caught Wild Flag during their brief time together, though, might have noticed that Brownstein was by no means their sole creative force - assuming, of course, they were able to look past her truly captivating stage moves. That band’s guitar player, Mary Timony, had probably best been known previously for her work with Helium, but her brilliantly melodic contributions to that one and only Wild Flag record - take the fierce riffery of ‘Future Crimes’ for instance, or her jagged playing on lead single ‘Romance’. Timony’s quick-fire formation of a new band then, post-Flag, seemed like the most promising outlet for their fans, with Brownstein having put music on the back burner and Weiss turning her attentions to Quasi and session work.

If there were high hopes for Ex Hex’s first record, then Rips proves them to be well-founded; it’s a guitar-pop record that’s both belligerent and catchy, and one that’s utterly devoid of any filler or fat whatsoever. All 12 of the album’s tracks - now of which manage to top the four-minute mark - feel totally taut, as if the original demos have been aggressively tapered down to the bare essentials. Opener ‘Don’t Wanna Lose’ sets the tone in that regard - sparse, low-slung guitar lines are backed by chugging rhythm parts and Timony’s endearingly matter-of-fact vocal delivery.

It’s hard to overstate the extent to which the excellence of this record is sealed by Timony’s bullish approach to sonic economy; there are no flourishes, no accentuations on Rips, only precisely what needs to be there; noodling guitar parts and an unyielding punk aesthetic. The interplay on ‘You Fell Apart’ and ‘Waterfall’ is intricate, cleverly-crafted; it feels as if the band are tapping into that Hot Snakes-style propensity for hiding the subtlety of the guitar work in plain sight, given that the tone of the guitars is pretty much entirely unremarkable. ‘Radio On’ and ‘Everywhere’, meanwhile, positively zip by; they’re old-fashioned punk numbers that still manage to lend some nuance to the construction of the guitar lines, especially on the latter track, which features some fabulously melodic work to that end.

‘Hot and Cold’, meanwhile, is almost bluesy in its structure, but Timony’s happy to let the fizzing guitar work do the talking for her, rather than let emotion really bleed into her vocals. Again, it’s not that she’s necessarily an unemotional performer; it’s just that Rips is very clearly intended as nothing more than a tight collection of punk rock songs, and the extent to which that philosophy succeeds in delivering to us one of the year’s finest records is totally disarming. Perhaps Sleater-Kinney’s extended absence isn’t a bad thing, after all; every now and then, you don’t want anything more from your listening experience than unabashed, admirably buoyant pop-rock, and Ex Hex are certainly willing to oblige.