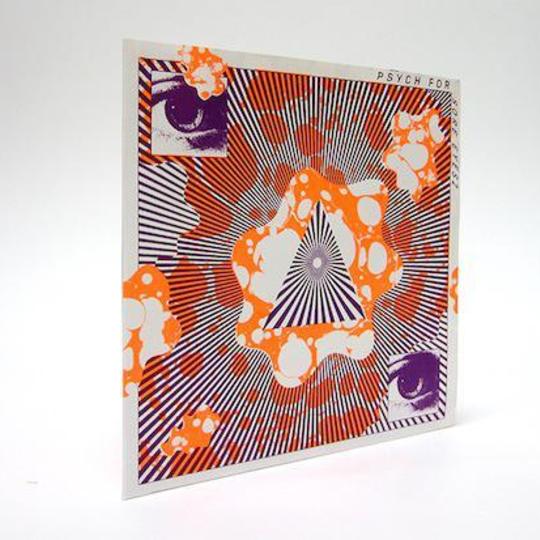 Over 18 months have passed since Sonic Cathedral issued the first Psych for Sore Eyes compilation. Featuring soon-to-become heavyweights of the scene Hookworms and White Manna alongside future label signings The Vacant Lots and Lorelle Meets the Obsolete, the double 7-inch vinyl set now fetches silly money on sites like Discogs and eBay.

During that time, the psych rock scene has morphed into arguably the most vibrant in alt rock. With dozens of new artists emerging on an almost weekly basis alongside a host of events and festivals showcasing their wares, it's actually difficult to envisage a weekend pass by without a "Psych Fest" of some description or another.

Indeed it was at such a gathering, Liverpool's International Festival Of Psychedelia last month, that the official launch for the follow-up took place. As with its predecessor, Psych for Sore Eyes 2 throws together a diverse mix of established and relatively unknown artists from around the globe. Musically disparate yet clearly under the influence, all six contributors prove inspired choices.

LA native Morgan Delt might still be a fresh face globally, but last year's Psychic Death Hole EP opened more than a few ears to his experimental musings on both sides of the Atlantic. Paving the way for this year's self-titled debut long player, 'Elastic ID', his contribution here only highlights why he's already been compared to such luminaries as Kurt Vile, Ty Segall and Syd Barrett. Fusing whimsical deity with an orchestral soliloquy not dissimilar to that of The Flaming Lips, he's sure to become a household name in the foreseeable future.

San Francisco's Damaged Bug are another unknown quantity to many. However, delve beneath the surface and it's actually the electronic solo project of Thee Oh Sees' frontman John Dwyer. Having put out his home recorded debut Hubba Bubba earlier this year, Damaged Bug's contribution here 'Pet Programs And Diagrams' continues the technological advancements into psychedelic territories furrowed by the likes of Grumbling Fur and Klaus Johann Grobe to full effect.

The final contributions to Psych for Sore Eyes 2 come courtesy of the more familiar White Fence and Psychic Ills. While the former's laconic garage rock takes no prisoners, the latter's twisted grunge psychosis bares the hallmarks of Mudhoney's 'Sweet Young Thing Ain't Sweet No More'. It's a blistering excursion for the New Yorkers and one that cements their status as one of the scene's prominent players.

A welcome addition to the Psych for Sore Eyes series that delivers both quality and quantity across its six tracks. Here's to the next instalment...