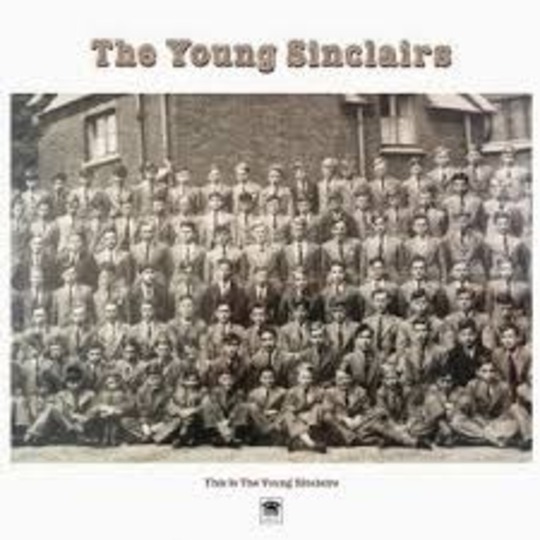 At its best, the Sixties-tinged folk rock of This Is the Young Sinclairs sounds like it could neatly slip into the soundtrack to one of Wes Anderson’s earlier films. Maybe Rushmore? At its worst, there’s one moment in the final third of the album when The Young Sinclairs stray into dangerous territory with a song which sounds like it was created solely to soundtrack future Apple adverts. Tenth track ‘Don’t Let Me Say (We’re Faster)’ has that melodic breeziness that every one of their ads to date has seemingly required, and to make matters worse, the song even has the lyric “We’re faster”. It genuinely couldn’t be more perfect for Tim Cook and his watch-flogging cronies.

But don’t let that deter you, because Virginian six-piece The Young Sinclairs really are very good at what they do. This is melancholic, jangly retro folk-rock that is truly difficult to not enjoy. This Is is an album that could not possibly be more woozy and chilled. It’s certainly not original, but that’s not a major issue when what’s on offer is just so darn pleasant.

This Is the Young Sinclairs doesn’t have a single ‘bad’ song. But what it does have are a lot of songs that sound so similar that it becomes difficult to differentiate between them. It almost feels like one long song itself. Which wouldn’t really be a complaint worth making considering just how solid this album is, if it weren’t for a few issues.

The Young Sinclairs excel when it comes to producing despondent folk rock. But on certain songs, especially album closer ‘I Could Die’, the group proves that they’re capable of something far more exciting. And with that final tantalising tease being the very last thing you hear, it really leaves you wanting. You find yourself craving after more of the muscular, more riff orientated blues-rock present on that final song. There’s intensity and energy present on that last song that is just so enticing, that it really leaves you craving more of it. Maybe that’s what The Young Sinclairs wanted. Perhaps they wanted to show us that they’re moving onto something more physical, more direct. The band have openly stated that they are trying to avoid sounding 'as hard and frantic as possible', but if they pursued a far more brooding blues rock-y sound, that wouldn’t necessarily entail abandoning this ‘mission objective’ (if you will) of theirs to avoid 'frantic' pace. The Young Sinclairs’ folk rock sounds so accomplished, that it only seems right that the band take on something a little different next time around.

But don’t let that distract you from what’s on offer here already – that being an album that is brimming with special, melancholic songs that have a real, genuine charm and heart (especially true on ‘Someone Like The Hawk’ and ‘Just Wanted To Help’). It’s certainly an accomplished album rammed to the rafters with great songs, even if they do all get a bit same-y near the mid to late sections of the album. The Young Sinclairs are worth your time.