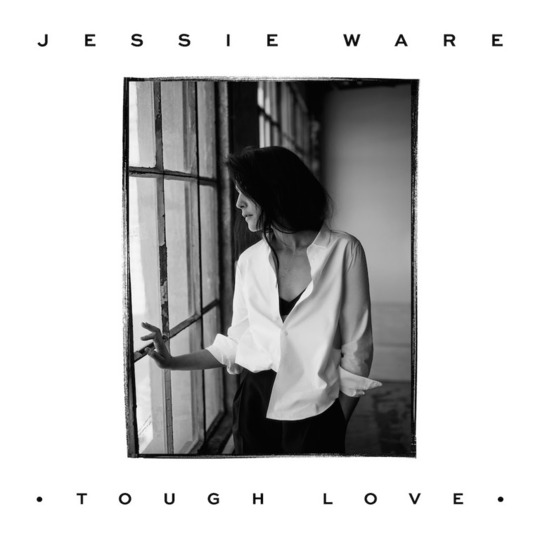 I was at a festival, this past summer, that had one of the biggest names in British indie as the main headliners - namely, Foals - and Disclosure topping the bill across the site on the second stage. The relative sizes of the crowds said it all; Disclosure, and their ilk, are now representative of the most exciting current movement in British pop music, acts who are simultaneously critically hailed and commercially viable. It’s that club-referencing, dance-oriented sound that’s ticking more boxes than any other scene at the minute. Jessie Ware is pretty much at the centre of it.

She’s worked with Disclosure's Lawrence brothers before, of course, but her status as the most promising present prospect in British pop is less to do with her collaborations and rather more closely linked to the open-minded approach she demonstrated on her debut full-length a couple of years ago, Devotion. That album felt as if it had it all; an intelligent, chart-ready ballad in ‘Wildest Moments’, a collection of smart hookups with Julio Bashmore, and an unrelentingly soulful approach to standard pop tropes that atoned for the occasional descent into predictability.

If she’d simply sprung for a repeat on Tough Love, you couldn’t reasonably have argued with her; there wasn’t much broken, and less still you’d have thought about fixing. It’s to Ware’s credit, then, that she’s tried to build upon Devotion in creative fashion with this second LP; most striking is the way in which she tries to bring the subtle sensuality of that last album to the fore as much as possible this time. Before, comparisons to Sade seemed like a little bit of a stretch, perhaps a little bit glib; on Tough Love, the laid-back, synth-driven ‘You & I (Forever)’ and the loosely-structured ‘Kind of...Sometimes...Maybe’ - the latter of which relies mainly on an amalgamation of Ware’s vocal lines for a foundation, rather than a beat - make those parallels look a lot more reasonable.

Tough Love certainly sounds less suited to the clubs than Devotion did, but it’s probably sensible for Ware to avoid trying to spin too many plates; this is a record that’s primarily concerned with ensuring that Ware’s naturally soulful disposition doesn’t smother the songs in terms of how interesting they are sound-wise. There’s a slew of collaborations with BenZel here, and the pair do a fine job of ensuring that there’s always some cleverly-crafted sonic context to be lent to Ware’s writing; she’s spoken, in the past, of how much of an influence Lauryn Hill has had on her, and ‘Keep on Lying’ is every bit as earnest a love song as ‘Ex-Factor’, but with its shuffling beats and minimalist synths it also sounds as if it could only have been made post-2010. Similarly, ‘Champagne Kisses’ also masters that dichotomy that lends equal prominence to Ware’s sharp appetite for melody and the kind of instrumentation that distances it from standard chart fare; the stacked vocals and euphoric electronic loops are a smartly-married pair, but the song’s nuances only truly begin to present themselves with repeat listens.

That’s also really the case with most of Tough Love; like Sade's Lovers Rock, it’s an album that’s totally suitable for unobtrusive background play, if you so desire, but that’s really akin to buying an autobiography and choosing only to flick through the photographs. Actually listen to Tough Love and you’ll realise that Ware has made a record that is totally ready for chart success, should her label promote it accordingly, but also deeper and more thoughtfully-considered than any British pop album that lingers in recent memory; the fact that it seems so reserved is nothing more than an indicator of Ware’s confidence in the potency of its sensuality.