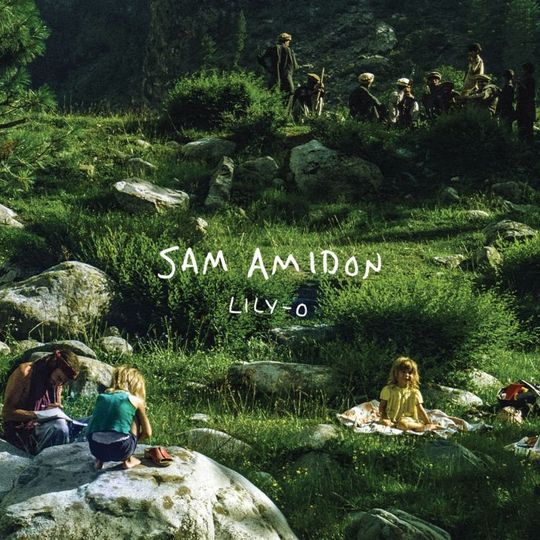 Sam Amidon has never shied away from testing the patience of his listener. His music relies on people being happy to commit to takes on timeless, traditional Americana and folk pieces. He meanders and dawdles, letting the old songs drift through loose arrangements and spacious textures. But even taking all of this into consideration, Lily-O is a particularly subtle listen, finding Amidon at his most downbeat in years, especially juxtaposed with last year's comparatively svelte and zippy Bright Sunny South.

The album’s title track is one of Amidon’s most testing demands of patience to his listener, and one of the boldest displays of confidence in the ability of even his most skeletal performances to bring the listener along with him. It sprawls languidly over eight minutes, smack in the middle of the record. It begins with a section of a capella, before slowly, slowly, slowly edging in soft rhythmic flourishes, stabbing bass notes, and crisp guitar chords beneath the cyclical melody.

It’s as aimless as Amidon’s performances get; its progression glacially gradual, with wandering improvisations replacing his purposeful guitar work. As components come to the fore of the textures only to melt slowly away, it’s an expansive and engrossing piece, delivered with the subtlest of shadowy touches. It demands your attention, without exactly bending over backwards to command it. But for the committed listener, it’s the sort of reimagining of tradition at which he excels – a folk performance in one of the truest senses of the word.

Across all of Lily-O, Amidon displays a much more dulled instinct for melody than on recent albums. Songs like ‘Down the Line’, aside from sticking to the heel-dragging tempo in which most of the album operates, sees Amidon wail his way through, long, unchanging, sustained notes, rather than rattling through hyper-syllabic Americana sing-alongs. Even his fingerpicking sings less than usual – with a less-is-more approach to repetition and silence replacing his typical scattering of melodic flourishes.

There are two aspects to Lily-O which raise it from the potential of being a dour, monochromic listen. The first is simple enough: he’s wise enough not to push his luck on our patience too unflinchingly, and counterbalances the heaviest-going stuff with rollicking ditties like the charming ‘Pat Do This’ and opening track ‘Walking Boss’. The other reason is equally simple and eloquent: the attention to detail in the spacious arrangements makes the songs so richly drawn that you’re disposed towards putting in the effort required to inhabit the songs properly, and letting Amidon lead you into his indulgences, no matter how languidly he holds your hand.

At this point in his career, we know, for better or worse, what to expect from a new Amidon record. Lily-O makes no apology for settling comfortably into the rest of his discography. It’s the album of someone comfortable with their performance, and confident in their audience. Along with being his most downtrodden album in a while, it’s also possibly his most mature – with faintly gimmicky overhauls of stuff like Mariah Carey a thing of the past. He trusts in the strength of his lived-in arrangements and, on another album of beautifully detailed folk songs, he’s absolutely right to do so.